Lawmakers concerned about how coal ash is disposed of hinted Tuesday that they may consider more safeguards over how state environmental officials monitor its presence in landfills and ash ponds across Georgia.

Coal ash is a waste product of burning coal that can contain toxic metals such as mercury, lead and arsenic.

We already have mercury in the Alapaha River from Georgia Power’s Plant Scherer, the country’s dirtiest, which goes up in the air north of Macon and comes down in the river. Image: http://www.mercury.utah.gov/atmospheric_transport.htm
Found on: The Mercury Cycle, by University of Wisconsin Eu Claire

One of the four coal-burning units at Plant Scherer is owned by FPL and JEA, the same FPL that gouged Sabal Trail under our Okapilco Creek and Withlacoochee and Suwannee Rivers, and the same JEA that allegedly has sent coal ash to the landfill in Lowndes County, Georgia.

The excuse FPL made for its purchase of part of Plant Scherer Unit 4 27 years ago was to replace nuclear units at Turkey Point near Miami, which were going to be shut down. Tracy Kolody, Orlando Sun Sentinel, 1 August 1990, Fpl Makes Power Play Utility Offers To Buy Georgia Plant,

Florida Power & Light Co. is seeking to buy a rural Georgia power plant as the utility copes with a tight supply of electricity and an upcoming shutdown at the Turkey Point nuclear plant.

Well, they were never shut down and FPL now wants to build more of them. And FPL is using that twin “modernization” needs more electricity excuse for coal plants and Sabal Trail, even though FPL’s Ten Year Plan admits FPL already converted all the coal plants it named to fracked methane before Sabal Trail went in operation and:

“Difference: FPL does not project a significant long-term additional resource need until the years 2024 and 2025.”

In further proof of lack of need, an stock analyst at SeekingAlpha demonstrated that natural gas going to Sabal Trail is reducing by the same amount gas going to FGT and Gulfstream, the other two big pipelines into Florida, for no net addition of gas to Florida. 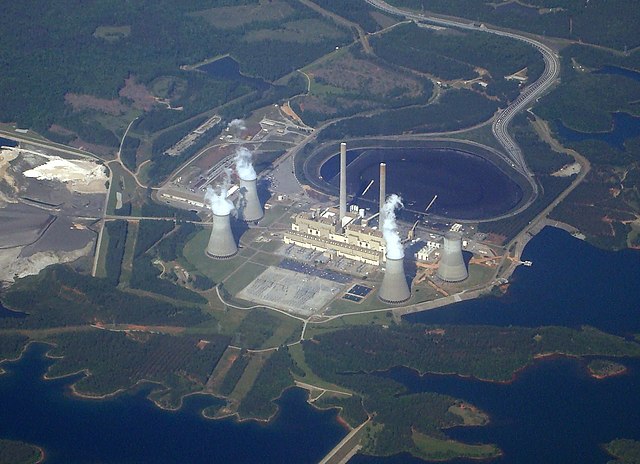 While Georgia Power, the state’s leading energy supplier, is in the process of shutting down all 29 of its coal ash ponds at 11 plants statewide, energy suppliers from outside the state still ship millions of tons of coal ash to Georgia to dispose of it. Many of those out-of-state shipments are going to private landfills, which aren’t subject to the same rules as public ones.

The meeting came as some members of the ad hoc coal ash group of the House Natural Resources and Environment Committee indicated they were especially concerned about how those shipments are transported to Georgia and whether stricter storage requirements are needed for private landfills.

And it was clear some hoped stricter requirements might possibly have a definite effect: inspire companies shipping coal ash here to potentially “take it somewhere else,” said state Rep. Debbie Buckner, D-Junction City.

State law requires coal ash to be stored in lined landfills to prevent seepage into the soil or water table, and officials with the state Environmental Protection Division noted an effort to increase monitoring requirements and give the public more notice and information.

The story links to GA-EPD’s Coal Ash Information web page, which is the one concession GA-EPD made after it helped Georgia Power scuttle the coal ash bills in the last legislative session.

There’s more in the article about “energy providers” say it’s all safe enough in lined landfills, but Sierra Club may sue.

But environmental critics say that Georgia laws still don’t go far enough to ensure that landfills accepting coal ash are sited far from rivers and other water sources, or that they are adequately monitored for seepage into the water table.

I said it to Tom Fanning, CEO of Georgia Power’s parent the Southern Company, at the SO stockholder meeting in Pine Mountain, Georgia, 24 May 2017.

Mercury from Plant Scherer in Alapaha River —jsq to Fanning

Georgia Power CEO Paul Bowers was there; I spoke to him afterwards.

Georgia Power and Southern Company (and GA-EPD) still have that opportunity to protect the rest of us and our rivers and our Floridan Aquifer from the coal ash Georgia Power made.

Oh, and get on with solar power, stop the failed Big Bet on new nuclear units at Plant Vogtle, which is like a stagecoach line in an electric car world.

For more about coal ash, including the informational meeting in Valdosta last March, the Lowndes County Commission and the Valdosta City Council, see the WWALS coal ash web page.