To see Sabal Fail in inaction at Dunnellon, jump to The Dunnellon odorant leaks, where the pipeline stooges wrapped it in towels, sprayed a deodorant, and waited until morning. Really, according to the incident report from Marion County Fire Rescue. It doesn’t get better in this summary: none of the state or federal permitting or safety agencies did anything, leaving Marion County to deal with the situation unassisted. 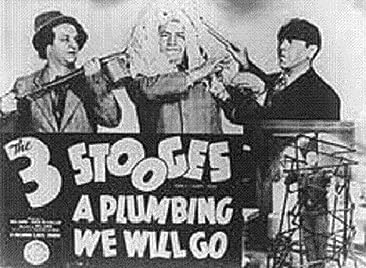 If you want to know some background, see also Setting the Stage The Stooges Gradually Tear the Curtain Open, and An earlier leak.

Don’t forget What you can do to help stop Sabal Trail and reform FERC. Including come on down to Live Oak, FL, 6:30 PM Thursday September 7, 2017 and help Suwannee and Flint Riverkeepers say “Not so Fast, Sabal Trail!” about Sierra Club’s recent Great Major Victory against Sabal Trail in DC District Court.

We (many of us) tried to stop them.

When exactly did Sabal Trail start pumping gas? Depends on who you listen to, how much gas constitutes “started”, and who had to be notified.

The Withlacoochee (south) River flows directly into the Gulf and is not in WWALS territory, nonetheless we have members in Marion and Citrus Counties, Florida, who requested we look into the situation.

Sabal Trail did not detect its own odorant leaks, did not notify anybody when it knew about them and is not required to, state and federal agencies were not notified and have done nothing, leaving local emergency responders to deal with this recurring public health hazard, which is also hazardous to local wildlife and wetlands. We don’t even know for sure that what leaked was Mercaptan or only Mercaptan. FERC doesn’t even know that.

Why should we trust a pipeline company that can’t even handle odorant to handle a 36-inch high-pressure fracked methane pipeline?

This was not Sabal Trail’s first leak. Back in October 2015, flying over the Withlacoochee River in Georgia, I saw a yellow thing in the river, between Valdosta and Quitman. It took weeks for Sabal Trail to admit, verified by evidence from GA-EPD, that the yellow thing was a boom or turbidity curtain to catch drilling mud Sabal Trail had blown up from its pilot hole under the river. Not even its 4-foot main reamed hole for the 36-inch pipe. Before that, its small pilot hole from Lowndes County to Brooks County to direct the main hole: that’s what blew out. In this frac-out, as Sabal Trail and geologists call it, the fragile limestone holding the river and our drinking water in the Floridan Aquifer fractured and bentonite drilling mud leaked up into the river. The bentonite itself can damage fish in the river, and we don’t know what else might have been with it, since FERC protects that information as Sabal Trail trade secret.

Sabal Trail also caused a sinkhole at the drill site in Lowndes County. All this happened one year after Sabal Trail and the Florida Department of Environmental Protection (FDEP) assured us in WWALS vs. Sabal Trail & FDEP that there was no danger to the Outstanding Florida Water, the Suwannee River, because Sabal Trail was drilling from upland to upland under the river. Yet what our geologist expert witness warned against did happen, in the same geology under the Suwannee’s tributary the Withlacoochee River in Georgia.

Sabal Trail also caused multiple sinkholes at their Suwannee River drill site in Suwannee County, Florida, at the Santa Fe River, and in at least two public roads in Florida. Even after they finished construction, they still hadn’t fixed five sinkholes at the Flint River in Dougherty County near Albany, Georgia.

Is this a company we want operating a pipeline?