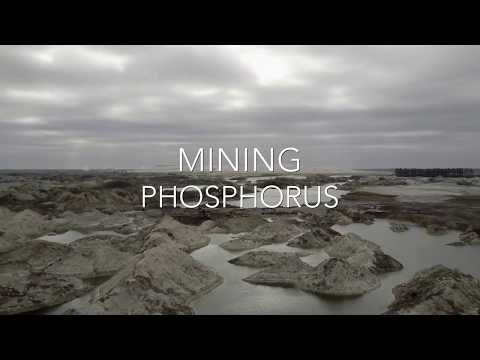 Mining Phosphorus explores the subject of phosphate mining in Florida. Phosphate rock is our main source of phosphorus, one of the most critical elements in modern agriculture, but the practice of mining phosphate produces significant environmental concerns, including literal mountains of toxic waste.

You will probably recognize many of the people in this trailer. In the first view of protesters, there’s Merrillee Malwitz-Jipson. Jim Tatum speaks next, etc.

It’s about multiple small towns, actually, including Lake Butler in Union County, which has passed changes to its land development regulations and comprehensive plant that make any phosphate mine much harder, and Starke in Bradford County, which has instead hired consultants to evaluate a permit application for the HPS II phosphate mine.

At his request, I sent Alan high resolution copies of the videos I took at Union BOCC (I must get around to publishing those) and Bradford BOCC meetings (see the WWALS Phosphate Mining page), and he probably used some of that in his film.

Some of the trailer footage appears to be from the Mosaic mines in central Florida’s Bone Valley, so maybe Mulberry is the small town alluded to. We shall see. Alan is holding the full film to find out if it gets into some film festivals.