That’s the consensus among energy watchers weighing the impacts of Powelson’s surprise announcement last week that he will depart FERC in mid-August. Chosen by President Trump in May 2017 to fill a Republican vacancy, Powelson will move on to become the top executive of the National Association of Water Companies, the lobby for private water utilities.

The two camps have been on opposite sides of several recent 3-2 decisions on pipelines. Powelson voted with his party.

A 2-2 split on issues could leave FERC powerless to move projects forward….

One thing all five FERC Commissioners were unanimous on was clearing a path for what Powelson called a “participatory model” for “aggregated distributed energy resources” (DER), which are battery, sun, and wind power.

So maybe it wasn’t completely inadvertent that Powelson just contributed to the impending end of natural gas, along with many other causes.

To what extent should the federal agency that approves the construction of natural gas pipelines consider their impact on climate change?

The Federal Energy Regulatory Commission has long argued that its job is to assess only the most direct effects of those projects, saying it would be too speculative to consider how producing the natural gas carried by the pipelines and then burned by customers will affect global warming.

But it’s under growing pressure from environmental groups and the courts to change course as the five-member commission decides whether to approve new pipelines and other facilities to deliver more gas to more power producers.

The outcome of that debate could determine how big a role natural gas will play in the business of generating electricity. Gas advocates note that while gas is a fossil fuel, it produces fewer greenhouse gas emissions and costs less than coal. Groups like the Sierra Club say the expansion of natural gas as a power source still locks the United States into higher emissions.

“We’re talking about a massive buildout of gas infrastructure that will impact climate change for decades to come,” said Kelly Martin, director of the Sierra Club’s Beyond Dirty Fuels Campaign, which opposes new fossil-fuel infrastructure.

FERC’s reviews of natural gas infrastructure proposals are guided by the National Environmental Policy Act and the Natural Gas Act.

While NEPA is a “process” statute that simply requires federal agencies to take a “hard look” at the environmental effects of federal actions, FERC’s greenhouse gas reviews have real-world implications for pipeline development, according to former FERC Commissioner Tony Clark.

The large volume of data that goes into an environmental impact statement, he said, “becomes an avenue for litigation and creates opportunities to drag out the timeline. It’s a big part of the keep-it-in-the-ground strategy, challenging every step in the approval process.”

Depending on the makeup of its commissioners, in the future FERC could also use the greenhouse gas analysis to justify rejecting proposed pipelines and liquefied natural gas facilities, he said.

Which is why Powelson quitting is important. Now that two FERC Commissioners regularly dissent on greenhouse gases since the Sierra Club win of last August, now confirmed by FERC and Sabal Trail declining to appeal to the Supreme Court.

This is the same Tony Clark who, as a FERC Commissioner back in 2013, explicitly linked both pipelines and LNG export as caused by a glut in gas from fracking. 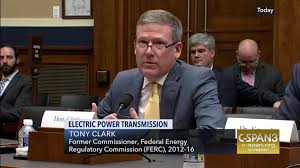 Tony Clark on CSPAN in a different hearing


Video of the whole hearing

As you might expect, the shale revolution in both liquids and natural gas production is having a tremendous impact on the work of the FERC. We see this in a number of our different jurisdictional areas, which I will now highlight.

One of the areas where the FERC is seeing an impact on our operations as a result of these activities is with regard to pipelines.

As a former state regulator in an energy producing state, I saw first-hand the importance of pipelines in serving new and expanding production areas. Pipelines are not fool-proof, no method of transportation is, but pipelines are still the safest, most efficient way to get a vitally important product to market.

For those producing regions of the country, pipelines help decrease over-the-road traffic; a very real problem in certain areas.

That’s what we were told about Sabal Trail, yet we have LNG trucks rolling down I-75 and I-10 and shipping out of the Port of Miami right now.

Producers, mineral rights owners and all levels of government benefit by being able to receive greater value for the product when there is access to available takeaway capacity.

The Federal Energy Regulatory Commission (FERC or the Commission) recovers the full cost of its operations through annual charges and filing fees assessed on the industries it regulates as authorized by the Federal Power Act (FPA) and the Omnibus Budget Reconciliation Act of 1986. The Commission deposits this revenue into the Treasury as a direct offset to its appropriation, resulting in a net appropriation of zero.

Counties do not profit when they have to pay for their emergency management personnel to deal with leaks of hazardous odorant, not to mention with methane leaks and explosions.

Why did the Florida PSC approve a rate increase to FPL customers for the Sabal Trail pipeline? Why did Georgia Power raise rates to pay for natural gas power plants?

For businesses, this means a lower cost of production and greater global competitiveness.

Which is Tony Clark’s real point: pipelines are for profit by a few companies.

Not just pipelines, either.

The large amount of natural gas in the U.S. is also creating an impetus for something that was nearly unimaginable ten or fifteen year ago, LNG export, as opposed to import terminals. This is an area of significant workload increase for the Commission.

Presently, the FERC has thirteen proposed LNG export terminals and three LNG import terminals in some phase of the permitting process. As you would expect, the reviews that entail safely siting large multi-billion dollar energy projects such as these are extensive.

Well, Eagle LNG in Jacksonville is still held up in the FERC permitting process, but Eagle Maxville a bit to the west away from the water is already built, since FERC shirked oversight of inland LNG terminals. Eagle Maxville used the U.S. DoE Office of Fossil Energy (FE) process, which is even more lax than FERC.

T. Boone Pickens, an investor in LNG export out of JAXport, was even more crassly straightforward around the same time. Paul Toscano, CNBC, 15 May 2013, Boone Pickens on Gas Exports: ‘Move It Out and Sell It’, 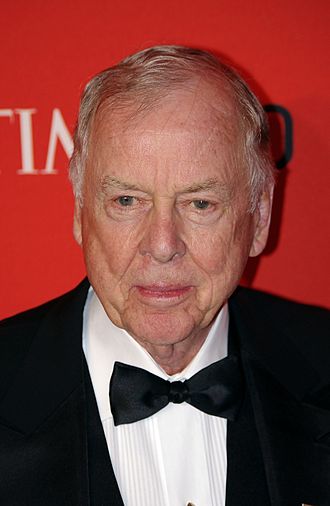 “The producers have gone out and drilled for the natural gas. They should be entitled to get the best markets in the world, so let them have it,” the chairman of BP Capital Management and proponent of natural gas told “Squawk on the Street.”

“Why would you try to keep natural gas prices down to favor other industries?” Pickens asked. “It doesn’t make sense. When you export that natural gas, you’re going to create a lot of jobs.

“Go ahead and move it out and sell it,” he said. “I’d go ahead and let the gas go into the global market.”

Why should we let FERC give federal eminent domain to private companies to drill under our rivers, through our neighborhood, farms, and developments, past our schools, hospitals, and homes, for the profit of a few fat cats like T. Boone Pickens?

It may take a new Congress to take eminent domain for private companies out of the Natural Gas Act, but Sierra Club’s legal win helped, as did the jury trial in Valdosta, and every demonstration, every FERC resignation, and every other act that reveals to the people that FERC is a rubberstamp machine, speeds the end of the brief leaky reign of natural gas.