Last night Bill Gates again pretended to be an expert on farming, while avoiding mention of water, soil, ecology, environment, or community. Many of the assertions he made about farming in the U.S. and Africa don’t match documented research.

He did seem to be familiar with my criticisms of his policies, and by his expressions he doesn’t like them much.

He says “all these areas, they evolve, they understand how to say use less fertilizer, which is both good economically and good environmentally.”

Well, his landholdings in Florida and Georgia did not evolve. And he’s now sold off many of them, so maybe they weren’t good economically for him.

Meanwhile, he has driven the size of farm landholdings up, END_OF_DOCUMENT_TOKEN_TO_BE_REPLACED

The NBC News story has legs.

Rebecca Heilweil, Vox, 11 June 2021, The controversy over Bill Gates becoming the largest private farmland owner in the US: People are drawing connections between Gates’s vast farmlands and climate change advocacy.

One Georgia farmer and environmental advocate, John Quarterman, told NBC that while he expected that Gates would encourage more sustainable practices after buying farmland nearby, his acquisition of that land didn’t change much. And the National Farmers Union has suggested that the growing number of non-farmer owners like Gates buying up farmland — and renting it out — could lead to practices that hurt the environment: Short-term farmers who rent land are less likely to take long-term conservation steps, the organization argues, and non-farmer owners don’t have the experience to “understand the importance of protecting natural resources.”

The Vox story includes the Leading Harvest greenwashing of Gates’ tinkering around the edges, but goes harder on this:

But whatever Gates might wish, many observers can’t quite separate the two things. For them, Bill Gates the environmentalist is also Bill Gates the commercial farmland owner, and they think the two roles are connected even if Gates doesn’t consider them to be.

The story doesn’t say BMAP, but it does get at the heart of the problem the Basin Management Action Plans don’t actually solve, and Bill Gates did not, either.

April Glaser, NBC News, 8 June 2021, updated 9 June 2021, McDonald’s french fries, carrots, onions: all of the foods that come from Bill Gates farmland: Gates does not appear to count his farming investments as the nation’s largest farmland owner as part of his broader strategy to save the climate.

The reporter had never heard of Riverkeepers before, and now here’s one on NBC News.

But some farmers whose land is adjacent to that of the Gateses have expressed disappointment that despite the couple’s wealth, they have not done more to preserve the environment. Quarterman also serves as the Suwannee Riverkeeper and advocates for conservation of the intricate network of springs and rivers in the region, where water from the swamps of Georgia flow into Florida before they release into the Gulf of Mexico. He said that this is where large tracts of rich farmland is used to raise livestock and grow many of the vegetables that end up in grocery aisles up and down the East Coast.

All that farming has led to large water withdrawals from Florida’s aquifer system and requires fertilizer, which leaches through the ground into waterways, emptying nitrogen that has led to destructive algae blooms and severe loss of fish and marsh habitats.

In the video segment, she also mentions manatees.

He hoped Gates would have END_OF_DOCUMENT_TOKEN_TO_BE_REPLACED 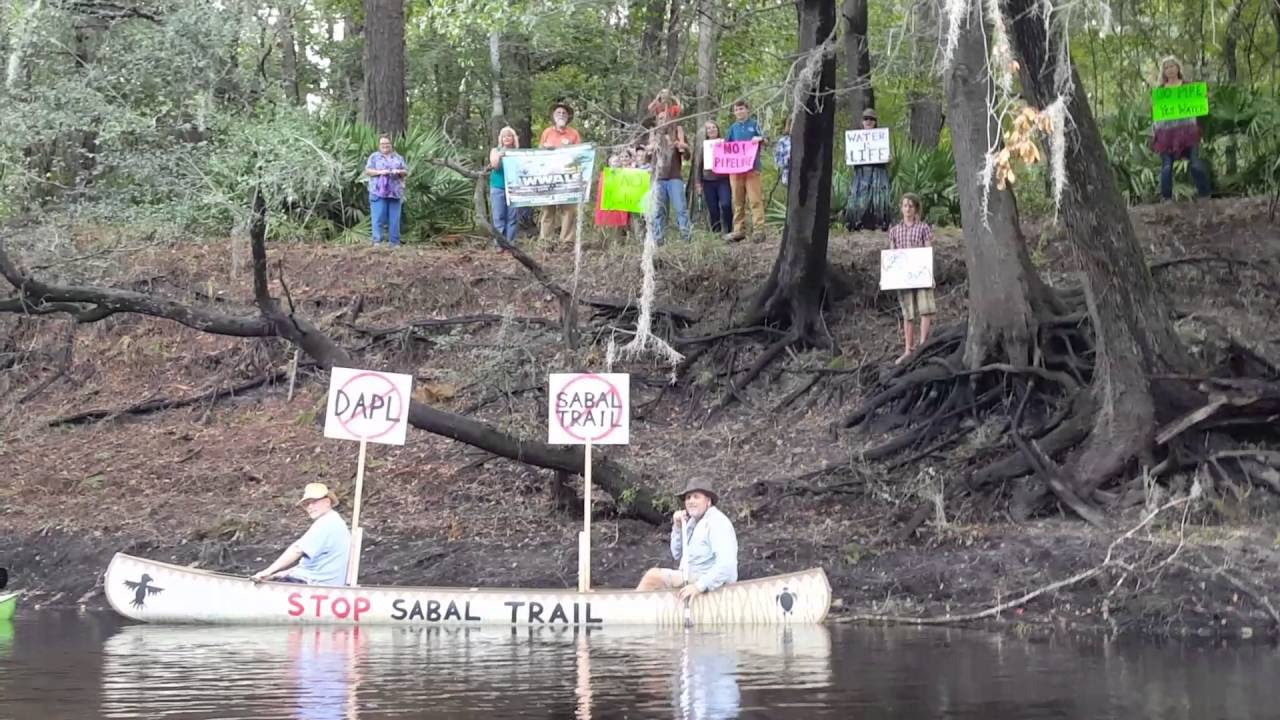 “These billionaires, the best they could do, some would say, would be to be stop their foundations and pay their fair share of taxes,” says END_OF_DOCUMENT_TOKEN_TO_BE_REPLACED

Floridians moved to Lowndes County, Georgia, after Hurricane Irma, but not because of lack of toll roads. If they had had solar panels and batteries so they wouldn’t be without power for weeks, they might have stayed in Florida, said Suwannee Riverkeeper John S. Quarterman at the meeting in Madison County, Florida, February 11, 2020.

You can recommend No Build this coming week, as M-CORES holds webinars with public comment. See below for how. 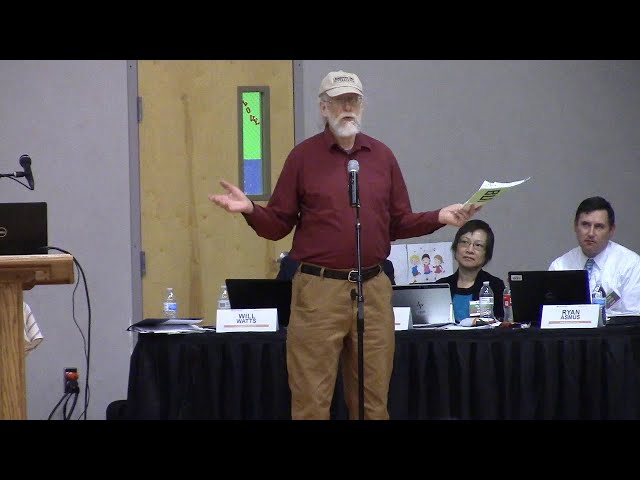 The Suncoast Connector Task Force webinar is 9:30 AM to 12 noon, Thursday, April 30, 2020. That’s the toll road that would run from Crystal River across the Suwannee River, through farms, forests, and wetlands, building bypasses around towns and cities, to Thomasville, Georgia.

To listen, you have to END_OF_DOCUMENT_TOKEN_TO_BE_REPLACED

Toll roads splitting farms would be generational damage, said farmer Ernest Culver of Jackson County, and the Task Force doesn’t take into account churches or schools, not to mention nature, rivers, or the Floridan Aquifer, said Merrillee Malwitz-Jipson of Columbia County, at the meeting in Madison County, Florida, February 11, 2020.

Two of them are supposed to END_OF_DOCUMENT_TOKEN_TO_BE_REPLACED

You can send your opinion to FDOT.Listens@dot.state.fl.us. And Sierra Club has provided a convenient way for Floridians to tell FDOT No Build:
https://addup.sierraclub.org/campaigns/no-roads-to-ruin/take-action

See also the No Roads to Ruin Coalition facebook page.

A couple of speakers in Madison were for the toll roads, both claiming economic benefits. Madison County later terminated the consulting contract for one of them as a cost-cutting measure due to virus pandemic.

If one county can do that, the state of Florida can do that, as we previously suggested. See also Philip Beasley, South Florida Sun-Sentinel, April 12, 2020, Put federal dollars in hands of jobless.

Here are the WWALS videos of speakers in Madison:

Mercury in the Alapaha River probably comes from coal Plant Scherer near Macon. EPA is holding public hearings on its proposed Clean Power Plan next week, 29-30 July 2014, in Atlanta. You can also comment online until 16 October 2014 on Docket ID EPA-HQ-OAR-2013-0602. And you can express your opinion outside with Georgia Sierra Club at the Atlanta Climate Rally Tuesday at high noon. Maybe you want to mention shifting from coal to “natural” gas (fracked methane) actually may make matters worse here, so EPA needs to go further.

While that proposed carbon rule may help clean up coal plants like Scherer, it says nothing about methane, which EPA says is END_OF_DOCUMENT_TOKEN_TO_BE_REPLACED