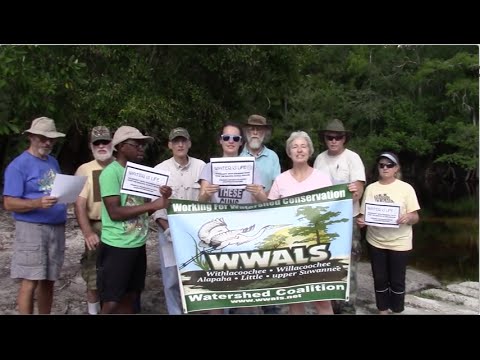 “WWALS, the Waterkeeper® Affiliate for the upper Suwannee and Withlacoochee Rivers, supports the Standing Rock Sioux against D.A.P.L.”

So say we all about the oil Dakota Access Pipeline in North Dakota and the Sabal Trail fracked methane pipeline in Florida, Georgia, and Alabama, in this video. You can join us today at 5:30 PM on the Suwannee River in Florida or Saturday morning on the Withlacoochee River in Georgia. News media are invited. We’ll be taking more video for social media: have your say!

END_OF_DOCUMENT_TOKEN_TO_BE_REPLACED

The pipeline companies behind DAPL are END_OF_DOCUMENT_TOKEN_TO_BE_REPLACED