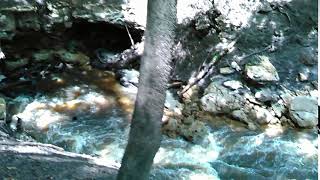 See three sinks, a waterfall, and a distributary in these videos from the WWALS Outing to Turket Creek Waterfall, the Alapahoochee River, the Alapaha River Sink, and the Dead River Sink, June 14, 2015. A WWALS video playlist follows the links to each video below. END_OF_DOCUMENT_TOKEN_TO_BE_REPLACED

Avoid the whole most vulnerable area of the Floridan Aquifer,

you risk drinking water wells and environmental justice communities, you didn’t even identify Clean Water Act mitigations, neglect isn’t mitigation, and stop just tweaking Sabal Trail’s preferred route even if Sabal Trail is at risk by its contract: your process is broken, FERC! Furthermore, all agencies means you, too, FERC, about the December 2014 Revised Draft Guidance for Greenhouse Gas Emissions and Climate Change Impacts. This project is so bad EPA is setting aside its stance that natural gas is cleaner and demanding a full life cycle analysis of the Transco – Sabal Trail – FSC project.

Above I paraphrase, but I do not exaggerate the severity and extent of EPA’s criticisms of FERC’s DEIS for the proposed Sabal Trail pipeline. Read it for yourself below.

EPA specifically criticizes the proposed HDD drilling under the Withlacoochee River slightly upstream from Blue (Wade) Spring, and going anywhere through the eroded karst sinkhole-prone terrain of southern Brooks and Lowndes Counties, Georgia, as well as in Florida through the Cody Scarp with its springs, swallets, siphons, and merging sinkholes, under the Suwannee River, over Falmouth Cave, and under the Santa Fe River.

Florida Sierra Club did this: END_OF_DOCUMENT_TOKEN_TO_BE_REPLACED