Thanks to Jim Tatum of OSFR for spotting this op-ed in the Lake City Reporter yesterday by WWALS member and Practicing Geologist Dennis J. Price of Hamilton County, Florida about Nutrien (PCS) mining phosphate and water in Hamilton County and likely planning to expand to Columbia County. 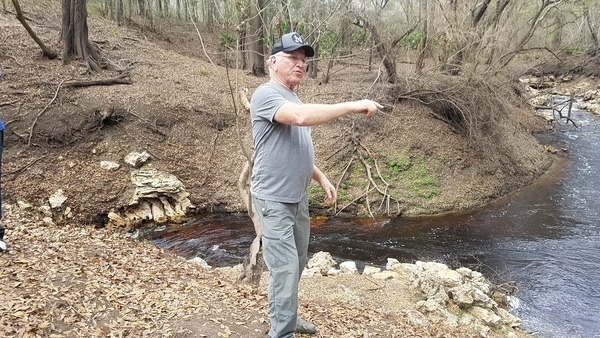 Much has been written in the last year about Sam Oosterhoudt’s mitigation bank. I was involved in permitting the bank through the Army Corps (ACOE) and The Florida Department of Environmental Regulation. It took about 5 years to get all the permits. Now, 9 years after work began on the project, the phosphate company (then PCS now Nutrien) petitioned the state to shut down the mitigation bank.

I do not know for sure, but, Nutrien may tell you that during the recent sale of PCS and the review of mineral interests owned, they discovered that the mitigation bank had snuck in there and set up shop over their minerals. This probably has some truth to it but I think there is a much more involved reason.

In Hamilton County, Nurtrien/PCS is planning to run out of phosphate to mine in about 10 years, give or take a few years either way. I do not believe they are planning on shutting the doors and leaving. Occidental Chemical Company started mining in Hamilton County about 1966, I began work there in 1974 as a prospecting geologist.

In the mid-seventies, they made an effort to get mining permits in Columbia County, including the Osceola National Forest, and were turned down. About 1979 and 1980 Occidental built a maintenance facility near St. James Church in Columbia County. I worked there and had several drill rigs and hand drilling crews working there for those two years.

We drilled prospect holes over thousands of acres, much of it on the mining pattern of 330’ centers in every direction until we hit areas of no phosphate. Thousands and thousands of acres met their mining criteria then. I can tell you the heart of the deposit is north and south of Lassie Black Road from east of Falling Creek to US 441 and east and west of US 441 for several miles south of that intersection, then north to Deep Creek. 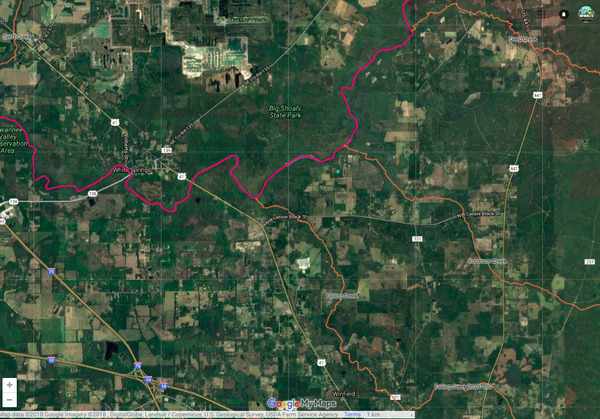 With their ability to mine a lower grade product and make use of formally waste products, the minable area has to have expanded dramatically. There is no doubt in my mind that Nutrien is planning to try for mining permits again in Columbia County.

Because of the years it will take to get a permit and because they need to keep the chemical plant open in Hamilton County, they need to start their planning sooner rather than later. Besides the State and the Army Corps, they have to get permits from Columbia County. Rest assured the planning department at the mine is preparing for this and expect them to begin making the process public in the next several years.

I cannot say I did not enjoy working at the mine, I cannot say Nutrien/PCS hasn’t been generous to Hamilton County and I cannot say that the mine did not provide jobs and people haven’t benefited. I cannot say I haven’t learned about the effects and problems associated with over-pumping from the aquifer.

I can say this though; for all that phosphate and after 50+ years of mining, we are still one of the poorest counties in the state. Coincidence or not, White Sulphur Spring in White Springs lost much of its historic flow in the 1970’s and essentially quit flowing in the 1980’s. Along with the spring, we lost an opportunity for economic growth. There is no doubt in my mind that the mine caused this. 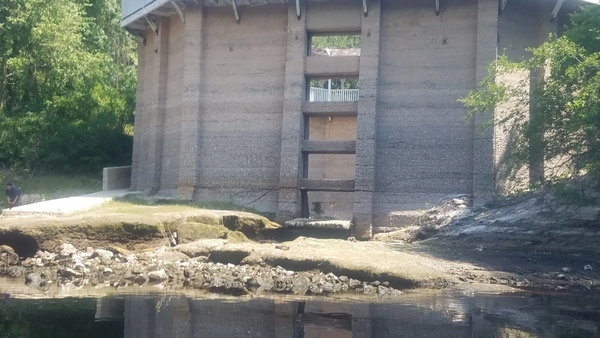 About 8 or so years ago the Suwannee River Water Management District commissioned a study which stated that water use in the Jacksonville/Fernandina (mainly the Jacksonville Electric Authority, JEA), areas along the coast has caused water levels in Columbia County to drop drastically over the years. Initially scientists at the Saint John’s Water Management District agreed with this, which resulted in firings, shuffling around of people and then when the proper people were in place, a new statement saying there was not enough data to come to the conclusion the SRWMD reached.

The Water Management Districts were established about 1976 with the sole purpose of being the experts on our surface and ground water. Millions and millions of dollars have been spent over the last 40 or so years collecting water data. You have to ask yourself, were they collecting the wrong data all that time.

The phosphate mine and chemical plant now use about 20 million gallons a day and unlike a farmer, Nutrien uses that amount every day all year long, decade after decade. The Floridan aquifer in this phosphate region has a really slow rate of recharge, so the phosphate company not only mines phosphate but also water. Any large water use in the phosphate rich area of Columbia County is also going to affect Falling Creek, which is in the water shed of the Itchetucknee Spring and River. Mining in the area will also affect Robinson Branch and Deep Creek.

Don’t be like Hamilton County, when White Springs dried up, the most the citizens, government and Water Management District could do was a collective shrug of the shoulders and for decades have this persistent nagging feeling they should have paid more attention. Part of that reason is the feeling of being held for ransom because of the jobs that were now available.

Columbia County is booming, there might be temporary jobs while the plants are being built in the county but after that, the same people that work in Hamilton County will now be working in Columbia County. No net job gain but a lot to lose. 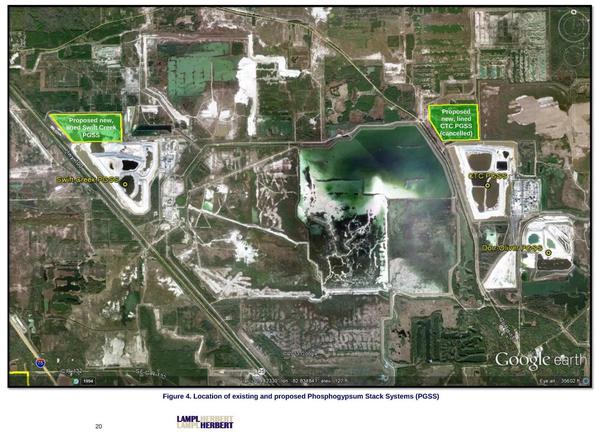