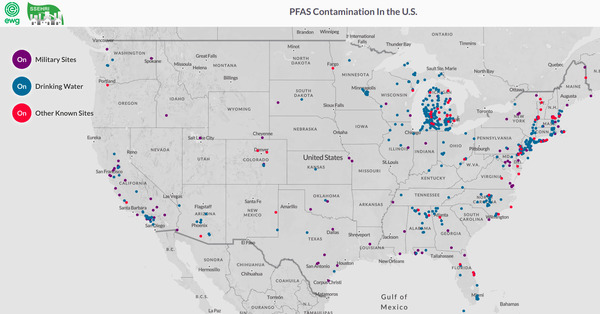 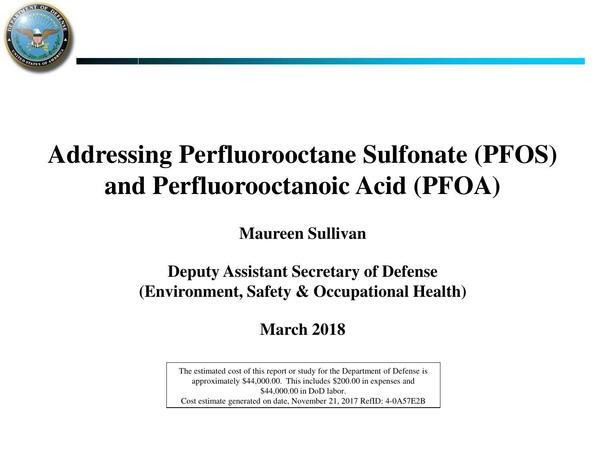 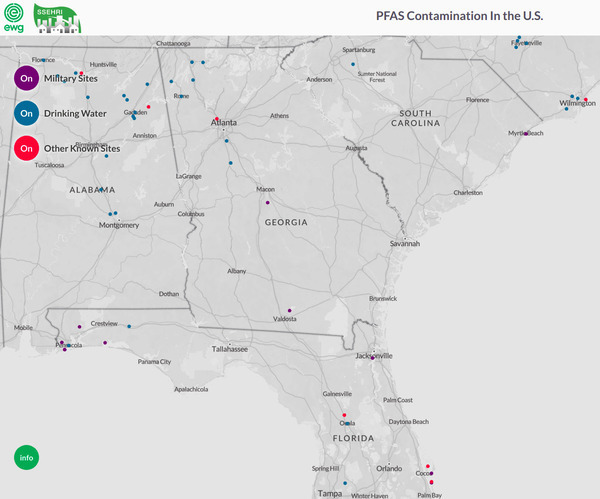 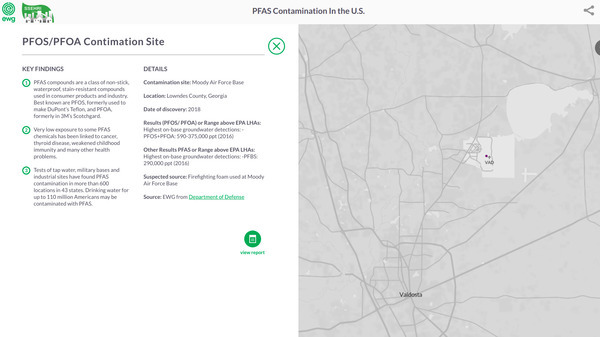 Some of the details on this EWG map are a bit odd, such as “Date of discovery: 2018”, when Moody AFB reported on this in 2016. Also firefighting foam at the base is not just a “Suspected source”; the base confirmed it. Presumably that’s all just due to EWG handling data about many cases in forms trying to fit them all.

Source: EWG from Department of Defense

This is interesting news in slide 8: 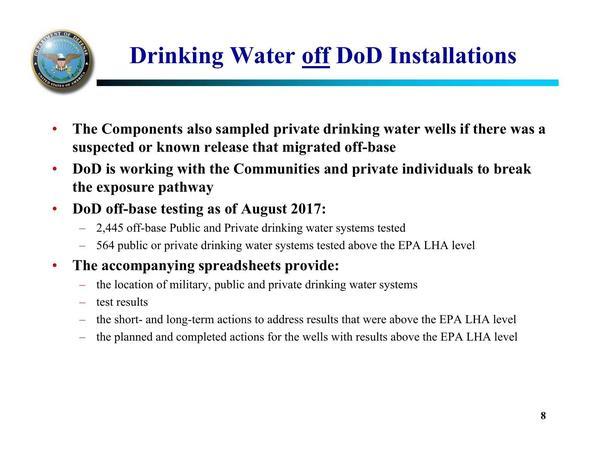 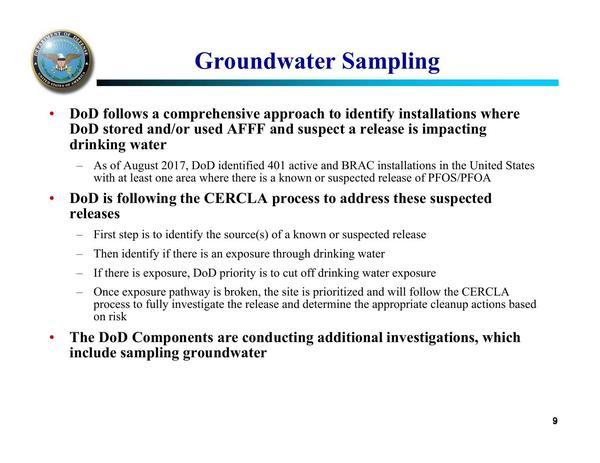 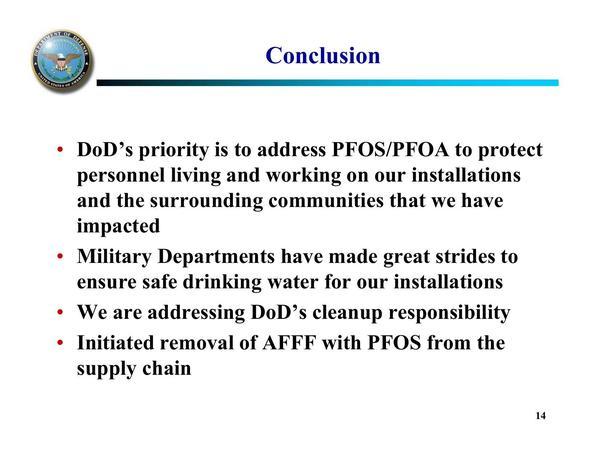 The report does kick the can down the road, saying it needs states and EPA to legislate and pass rules so DoD will know what to do. So that will take EPA at least a year, if it ever decides to do anything. At least Geogia did pass a bill to do some minimal regulation: nobody will be able to use PFAS in firefighting rehearsals without a contained facility.

But it turns out DoD can do something now. On page 49, let’s compare two Air Force Bases: 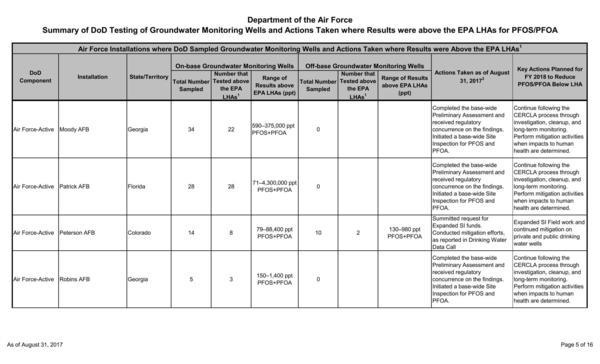 So Moody AFB says it will “Continue following the CERCLA process through investigation, cleanup, and long-term monitoring. Perform mitigation activities when impacts to human health are determined.” Yet, unlike Peterson AFB in Colorado, Moody AFB did not sample any off-base groundwater monitoring wells. Also unlike Peterson AFB, Moody AFB did not ask for “Expanded SI funds” nor do “Data Call Expanded SI Field work and continued mitigation on private and public drinking water wells”. 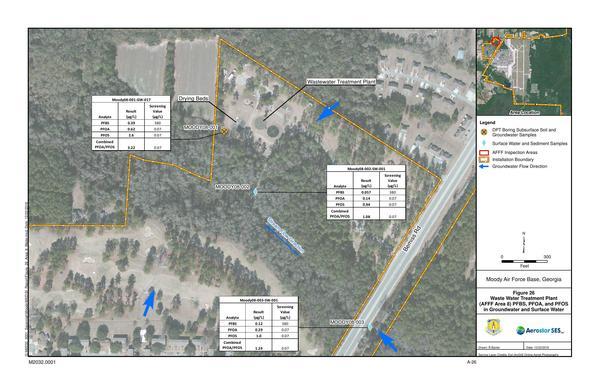 According to Moody AFB’s own report of 2016, PFAS contamination did go off the base, for example into Beatty Branch and Cat Creek, and underground. Maybe Moody AFB is just getting to those parts of its process. I look forward to Moody AFB being the community leader it always is.

Thanks to WWALS Science Committee Chair Tom Potter for noticing we made it onto this updated national map.

EWG has more about the map: EWG: PFAS Chemicals Must Be Regulated as a Class, Not One by One, Monica Amarelo, EWG, 6 May 2019.