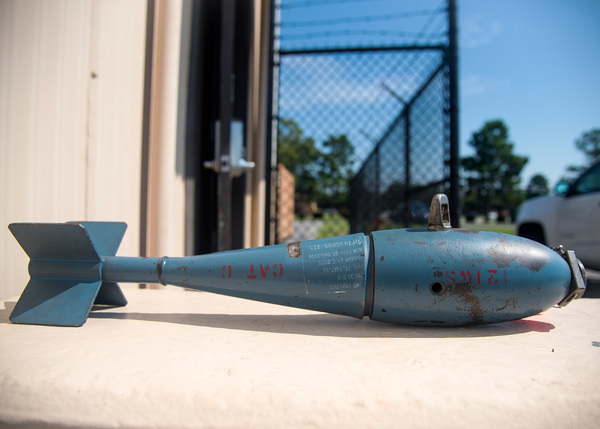 Will Moody AFB find the dummy bombs an A-10C Warthog dropped near Suwannee Springs the other day? 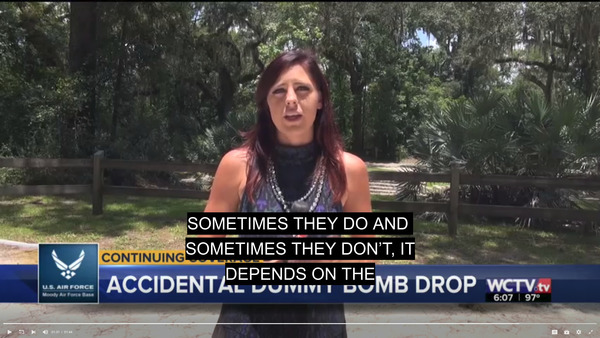 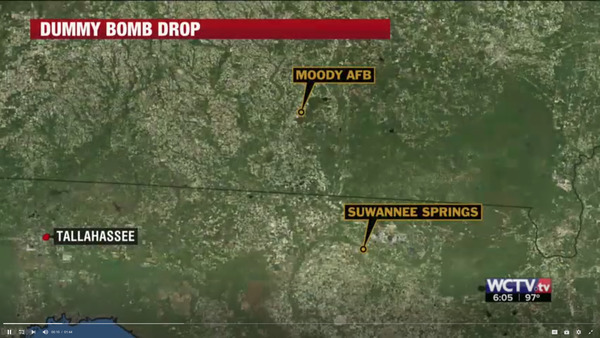 She also interviewed me.

What else is in it? What are the pyrotechnics? What kind of environmental damage could it cause? We don’t really know. We’d like to know. 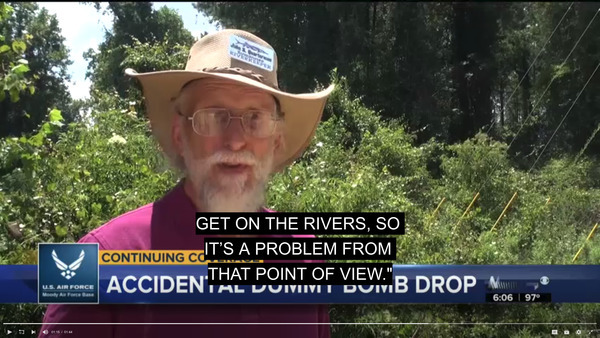 Doesn’t encourage people to get on the rivers

END_OF_DOCUMENT_TOKEN_TO_BE_REPLACED

Photo: Moody AFB: “The BDU-33 is a 25-pound training munition used to simulate the M1a-82 500-pound bomb. It is approximately 22 and a half inches long and is blue in color. Although the training munition is inert, it is equipped with a small pyrotechnic charge and should not be handled.”

One of those A-10 Warthogs we see flying overhead all the time dropped three of those dummy bombs yesterday, at a location that sounds very near Spirit of the Suwannee Music Park. Just as well this didn’t happen last week while we had 300 people paddling on the Suwannee River downstream. 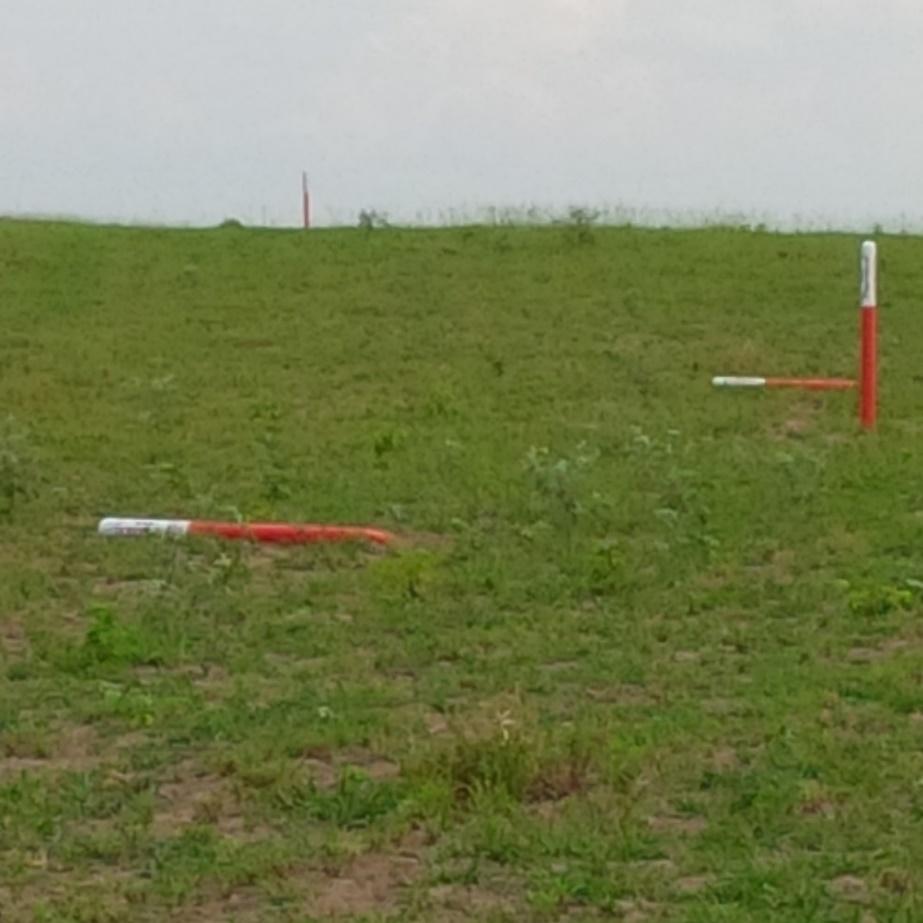 The pipeline company claimed they know restoration, but that’s not what the ground looks like now, with sparse vegetation and erosion. They say they love wildlife, but they drove off a heron and who knows what else. They’re driving down property values. What are those bubbles? Which milepoint is which, anyway? Janet Barrow lives in Marion County, but she also reports on Citrus County. For 54 pages, with a summation.

For the rest of FERC Accession Number 20171120-5026, “Comment of Janet L Barrow under CP15-17, et. al.; A Citizen’s Supplemental Information Regarding Sabal Trail’s October, 2017 Monthly Report” on the WWALS website, follow this link.

Noah Valenstein, formerly SRWMD, now FDEP Secretary, has appointed Eric Draper of Audubon Florida to head Florida State Parks. The same Eric Draper who twice endorsed Sabal Trail in writing, and did nothing to stop Sabal Trail from drilling under the Suwannee, Santa Fe, or Withlacoochee (South) Rivers, nor under the Suwannee River State Park that he will now oversee.

TALLAHASSEE, Fla. — Florida Department of Environmental Protection Secretary Noah Valenstein today announced three key appointments to DEP’s leadership team, as part of its continued focus on the protection of Florida’s prized properties through the management of Florida’s world-renowned state park system and land acquisition and conservation. Eric Draper will join the DEP team as the Director of Florida State Parks, effective Nov. 28, and Callie DeHaven will serve as Interim Director of the Division of State Lands effective Nov. 27, subject to Governor and Cabinet confirmation. David Clark, who has previously served as Director of State Lands and has been acting Deputy Secretary of Land and Recreation, has officially been appointed Deputy Secretary. 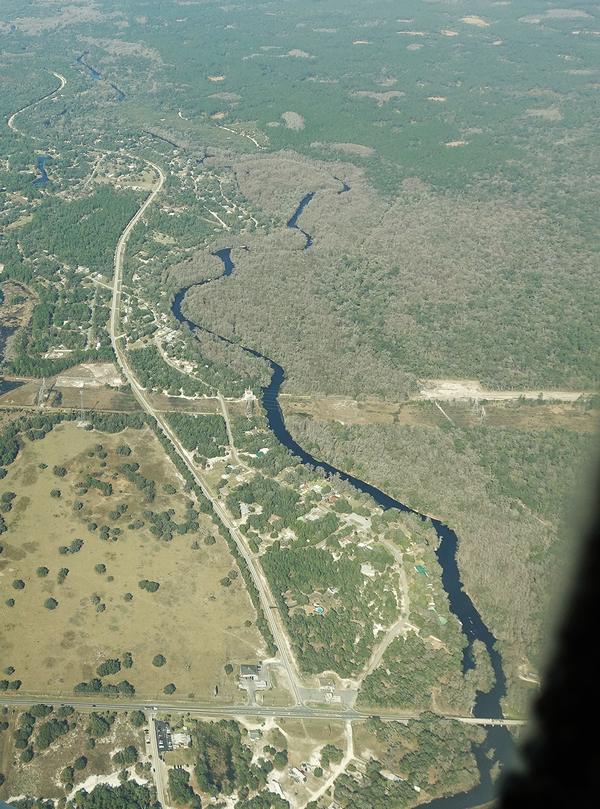 Sites in WWALS watersheds include Paradise Public Fishing Area (PFA) at the headwaters of our Withlacoochee River,

Reed Bingham State Park on our Little River, Grand Bay Wildlife Management Area (WMA) upstream from our Alapaha River, and Stephen C. Foster State Park at the headwaters of our Suwannee River in the Okefenokee Swamp, all on the Anhinga Trek of the Southern Rivers Birding Trail.

You can buy a license for any of these parks or WMAs from the state, and you can also see anhingas and other fascinating wildlife on our water trails.

Or come along on upcoming WWALS outings: END_OF_DOCUMENT_TOKEN_TO_BE_REPLACED Memorial Day Monday, Gwyneth Moody of Georgia River Network will be down from Athens to see some sights on the Alapaha River Water Trail (ARWT). You are invited to boat among the birds at 9AM on Lake Lewis with WWALS and Gwyneth, to discuss the ARWT over lunch at Puerta vel Sol in Nashville, GA, and then to paddle upstream on the Alapaha River from Berrien Beach at GA 168. END_OF_DOCUMENT_TOKEN_TO_BE_REPLACED

Dozens of species of birds nest at Lewis Lake in the spring. WWALS went 17 May 2014, to that historic private lake, also known as Avera’s Mill Pond and Lake Lewis. Here’s a video playlist:

And here are some still pictures.

END_OF_DOCUMENT_TOKEN_TO_BE_REPLACED

Lewis Lake, site of today’s outing at 4PM, is Avera’s Mill Pond. According to Wenda Gaile Bailey, “there was a partial draining of the lake late last year”, but she checked the water level yesterday. Here’s some history, and some pictures from five years ago of what you may see today.

The mill dam is located END_OF_DOCUMENT_TOKEN_TO_BE_REPLACED