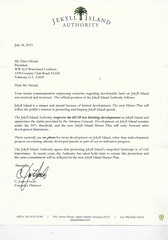 “There currently are no plans for more development on Jekyll Island” said JIA in a response to WWALS’ assertion that marsh is not land. So why does a map under consideration by JIA show all marsh as land at mean high tide? Could “currently” mean until the law gets changed? -jsq 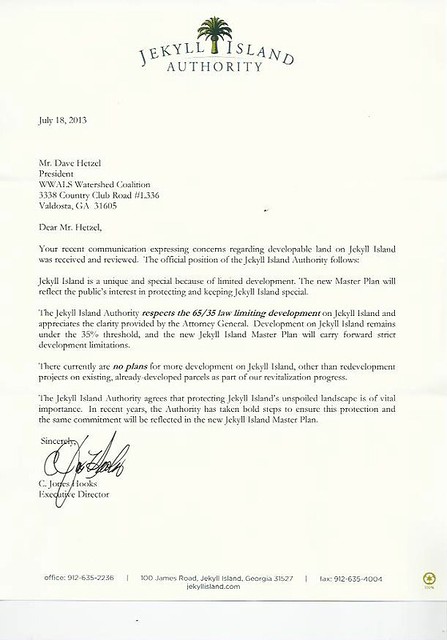 Your recent communication expressing concern regarding developable land on Jekyll Island was received and reviewed. The official position of the Jekyll Island Authority follows:

Jekyll Island is a unique and special because of limited development. The new Master Plan will reflect the public’s interest in protecting and keeping Jekyll Island special.

There currently are no plans for more development on Jekyll Island, other than redevelopment projects on existing, already-developed parcels as part of our revitalization progress.

The Jekyll Island Authority agrees that protecting Jekyll Island’s unspoiled landscape is of vital importance. In recent years, the Authority has taken bold steps to ensure this protection and the same commitment will be reflected in the new Jekyll Island Master Plan.