“There is no reason anyone in WWALS’ watersheds should accept any risk for the profit of Williams Company, Spectra Energy, and FPL, when any need for the Sabal Trail pipeline is unproven, and in any case the pipeline does not serve anyone in Georgia.”

I would like to call your attention especially to


3) Corrosion issues in our acidic soil and blackwater rivers


WWALS objects to any of these risks from a pipeline project for which no need has been proven.

The Sabal Trail pipeline has been found one of the worst offenses to Georgia’s waters by the Georgia Water Coalition (GWC), which is

"a consortium of 217 conservation and environmental organizations, hunting and fishing groups, businesses, and faith-based organizations that have been working to protect Georgia’s water since 2002. Collectively, these organizations represent more than 300,000 Georgians."

"12 of the worst offenses to Georgia’s waters. The annual Dirty Dozen shines a spotlight on threats to Georgia’s water resources as well as the polluters and state policies or failures that ultimately harm — or could harm — Georgia property owners, downstream communities, fish and wildlife, hunters and anglers, and boaters and swimmers."

The Sabal Trail pipeline was called out directly in the GWC press release:

"The Sabal Trail pipeline’s path across southwest Georgia would require boring underground pipelines beneath the Withlacoochee, Flint and Chattahoochee rivers as well as numerous smaller streams, and will course underground above the Floridan aquifer. While the Sabal Trail pipeline’s parent companies would have residents believe their 3-foot-diameter pipe is a benign neighbor, the history of gas pipeline accidents and environmental ills paints a different picture. (Item 9)"

"Southwest Georgians are fighting an invader—one every bit as worrisome as the boll weevil that destroyed cotton harvests in the 1900s, except this one takes farmers’ land as well as crops. The 21st century invader is a 500-mile-long, 3-foot-diameter natural gas pipeline running from Alabama to central Florida that will cut a 159-mile-long, 100-foot-wide swath through at least nine Georgia counties, bringing with it the risk of contaminating the region’s well water and rivers and streams through leaks as well as noise and air pollution from a compressor station located in a densely populated area near Albany. The Sabal Trail underground pipeline will feed Florida Power & Light (FPL) electric generation facilities in central Florida, but studies show that the Sunshine State utility could generate the same amount of electricity with solar power while impacting half as much land."

The above wording is by GWC, however WWALS Watershed Coalition (WWALS) submitted Item 9 to GWC as part of WWALS’ continuing opposition to the unnecessary and hazardous Sabal Trail pipeline.

This letter, the two-page press release, and the two-page Item 9, are all integral parts of this ecomment to FERC, and thus should all be included in the FERC ecomment system so they will be visible to the public in response to FERC’s "SUPPLEMENTAL NOTICE OF INTENT TO PREPARE AN ENVIRONMENTAL IMPACT STATEMENT FOR THE PLANNED SOUTHEAST MARKET PIPELINES PROJECT AND REQUEST FOR COMMENTS ON ENVIRONMENTAL ISSUES RELATED TO NEW ALTERNATIVES UNDER CONSIDERATION" (October 15, 2014).

As supporting documentation regarding the underlying karst limestone geology of the Withlacoochee River and the Floridan Aquifer, please see "Sustainability of Ground-Water Resources", by W.M. Alley, T.E. Reilly, and O.L. Franke, U.S. Geological Survey Circular 1186, 1999, which says on which reads in Box E on Page 63,

"The Upper Floridan aquifer, which is the sole source of water supply for Valdosta, Georgia, and much of the surrounding area, receives large volumes of direct discharge from the Withlacoochee River through sinkholes in the streambed or off-channel. A highly interconnected conduit system has developed in the Upper Floridan aquifer in this area, which extends at least 15 miles from the sinkhole area. Chloride and isotopic data were used by Plummer and others (1998) to map the percentage of Withlacoochee River water in ground water in the Upper Floridan aquifer (Figure E-1). These data indicate that ground water in parts of the Upper Floridan aquifer contains high percentages of recently recharged Withlacoochee River water. Plummer and others (1998) note that, although the patterns shown in Figure E-1 are generally true over the area, extreme variations can occur at a given location, as would be expected because of the large variations and discontinuities in hydraulic properties in the karst environment and time-varying inflows of river water into the aquifer."

"Figure E-1. Estimated percentage of Withlacoochee River water in ground water in the Upper Floridan aquifer, June 1991. (Modified from Plummer and others, 1998.)"

"The strong connection between the Withlacoochee River and ground water in the Valdosta area has created concerns about the potential for contamination of ground-water supplies by contaminants in the river. There also are concerns about the effects of natural organic matter in the river water. For example, in the early 1980âs, it was recognized that chlorination of aquifer water produced disinfection by-products in excess of drinking-water standards. This occurred as a result of reaction of chlorine with the high amounts of natural organic matter in the river water recharged to the aquifer."

"The original wells for Valdosta were near the city, in the areas where the aquifer contains a high percentage of river water. The city completed a new set of water-supply wells in the well field indicated in Figure E-1, in an area where the aquifer contains a relatively low percentage of river water. Even with this added level of assurance, it is still necessary to protect the surface waters that supply the aquifer. The source area of concern for ground water is the entire Withlacoochee River Basin upstream from Valdosta."

Alternatives 1, 2, and 4 in FERC’s directions to Sabal Trail of August 26, 2014 (Accession Number 20140826-3022), would cross the Withlacoochee River just north of Valdosta in exactly the area described by that 1999 USGS Circular. Plus all three of those alternatives would run down Interstate 75 well within blast radius of Lowndes High School, not to mention within pipe-throwing distance of Valdosta Mall. None of those risks are acceptable.

Sabal Trail’s preferred route, which would cross the Withlacoochee River from Brooks County into Lowndes County just south of US 84 is downstream from Valdosta, but as you can see from Figure E-1 above, water flow underground is not in the same direction as in the river itself, so there is no guarantee that any sinkhole potentially produced by boring under the river or through the fragile karst limestone underlying this whole area would not pollute Valdosta’s water wells. Plus there are numerous wells for subdivisions and houses and farms south of Valdosta, just as there are north of Valdosta.

Page 12 of that hydrogeology report illustrates some of the issues of HDD crossing of the Withlacoochee River; issues which are the same in Georgia as they are in Florida.

"Schematic showing cross-section of the proposed HDD crossing of the Withlacoochee River and hypothetical karst features that could result in a hydrofracture (frac-out), significant loss in drilling fluid and potential loss of the borehole."

"Schematic showing potential sinkhole or collapse feature forming as a result of the proposed HDD crossing of the Withlacoochee River. A collapse, such as that shown, would result in the loss of the HDD borehole, drilling fluids and result in adverse impacts to environmental features and the water resources."

3) Corrosion issues in our acidic soil and blackwater rivers

In addition, the famously acid soil of this southeast region and the acidic waters of

our blackwater rivers, including the Withlacoochee River. could exacerbate the already severe corrosion issues of pipelines. Issues illustrated by the 21 December 2013 PHMSA Final Order to Spectra Energy CEO Greg Ebel for five violations of Spectra’s company procedures and federal regulations regarding inadequate corrosion inspection and prevention.

And illustrated by the PHMSA Final Order of 26 October 2014 for a civil penalty of $74,300 to Mr. Larry Hjalmarson, VP Safety, Environment & Integrity, Transcontinental Gas Pipe Line Company, LLC., also about inadequate inspection for and prevention of corrosion.

Prior to that PHMSA Final Order to Transco, Jason Cannon reported in the Demopolis Times 21 February 2012, "Corrosion cited in pipeline explosion", 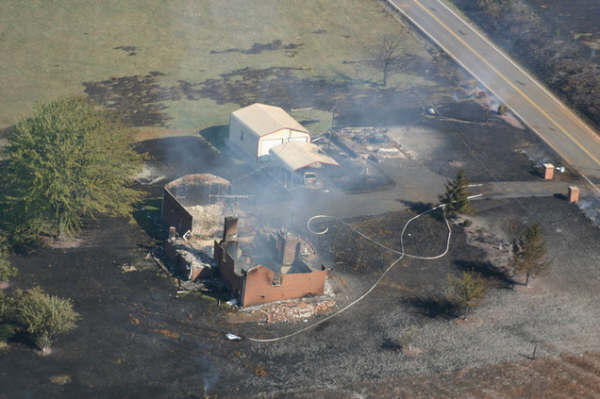 we have systems and processes in place to prevent and identify corrosion, our investigation indicated there were multiple factors working in conjunction that led to this problem not being recognized,’’ said Transco spokesman Chris Stockton. ‘‘Extremely corrosive soil conditions, combined with failures in the pipelineâs protective coating and cathodic protection system ultimately weakened the pipe, causing it to rupture.’’"

"Stockton said the rupture forced the company to make several changes in its corrosion control program."

"‘‘These changes are designed to more closely monitor levels of pipeline protection from corrosion, assure a higher degree of protection equipment uptime, and provide higher standards for levels of corrosion protection,’’ he said. ‘‘We are also continuing our investigation into this failure to better enhance our corrosion control procedures in the future.’’"

Apparently the changes Transco made did not satisfy PHMSA anymore than Spectra’s inadequate corrosion inspection and maintenance, because Transco, like Spectra, also received a PHMSA Final Order.

Corrosion in a Transco pipeline in Alabama could contaminate the contents of a Sabal Trail pipeline in Georgia. Corrosion in a Sabal Trail pipeline could cause leaks into our fragile karst limestone that contains our drinking water in the Floridan Aquifer. Leaks at high-pressure could cause sinkholes. This is all in addition to the issue of boring under rivers and through that fragile karst limestone potentially causing sinkholes, and in addition to all the other issues described in Item 9 of the Georgia Water Coalition Dirty Dozen 2014.

There is no reason anyone in WWALS’ watersheds should accept any risk for the profit of Williams Company, Spectra Energy, and FPL, when any need for the Sabal Trail pipeline is unproven, and in any case the pipeline does not serve anyone in Georgia.

I urge FERC to deny Sabal Trail’s application for a pipeline.