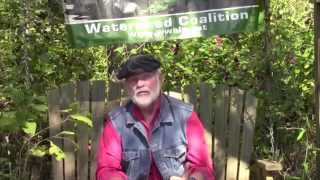 At the Alabama Sierra Club Retreat this weekend at Lakepoint State Park near Eufaula, I’ll be speaking and doing Q&A for an hour: 10AM Saturday 1 November 2014. If you’re anywhere near Eufaula, Alabama this weekend, I highly recommend coming to this retreat: it’s got lots of great talks and activities.

What do you important points do you think I should mention? What graphics can you send me to include in the slides? No rush: leaving Friday morning, so if you could get me your materials by tomorrow (Thursday), that would be great.

FYI, I will be talking about at least END_OF_DOCUMENT_TOKEN_TO_BE_REPLACED

These pictures are of a dust storm that occurred earlier this year. The dust is from Bill Gates’ farms. Look closely, there is a power transmission tower in the picture. END_OF_DOCUMENT_TOKEN_TO_BE_REPLACED

Two dozen agricultural parcels owned by a shell of a shell of a shell company investing for Bill Gates in Hamilton County, Florida. Two parcels are in the Withlacoochee River watershed and within the blast radius of the original path of the Sabal Trail fracked methane pipeline.

The Hamilton County, Florida, Property Appraiser shows these results for a search for Lakeland Sands: END_OF_DOCUMENT_TOKEN_TO_BE_REPLACED 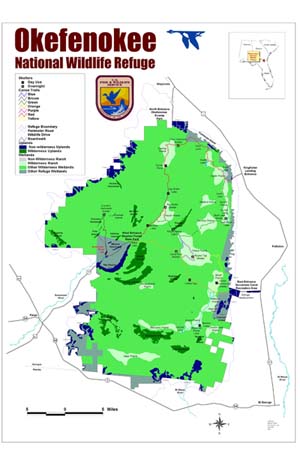 Meet at 10AM Saturday November 22nd at Georgia’s Stephen C. Foster State Park near Fargo, GA, and paddle into the park and back. Bring a boat, or you can rent one at the park. WWALS board member and veteran boater Bret Wagenhorst will be our guide. Facebook event.

This event is FREE! All we ask is END_OF_DOCUMENT_TOKEN_TO_BE_REPLACED

Park on SRWMD’s Jennings Bluff Tract and walk in with WWALS to see what Samuel Taylor Coleridge dreamed as “Where Alph, the sacred river, ran Through caverns measureless to man Down to a sunless sea.” No boat required: this is a walking outing.

…the hike to the sink does have some steep parts, especially if you go the scenic route, which I recommend. The area around the sink itself is kind of steep with slick mud/clay. So wear good shoes for hiking. There were only a few Mosquitos. The area is beautiful and worth the effort.

This event is FREE! All we ask is END_OF_DOCUMENT_TOKEN_TO_BE_REPLACED

Update 2015-01-11: People seem confused as to what Bill Gates is doing. However, since he announced in 2012 he was going to “fix” agriculture in conjunction with Monsanto and Syngenta, and he’s buying up hundreds and thousands of contiguous acres at a time, it seems pretty clear he’s promoting corporate pesticided GMO agriculture.

Add Echols County and Lowndes County, Georgia, including much of Lake Park, and Hamilton and Madison Counties, Florida, in addition to what Amber Vann wrote in the VDT and other papers today 22 October 2014, Bill Gates gobbling up Florida farmland

LIVE OAK, Fla. — The investment company that manages the wealth of the world’s richest man, Bill Gates, has been acquiring gobs of farmland in north Florida the past two years, real estate records show.

Meanwhile, Bill Gates owns Cascade Investment LLC, which owns Los Arboles LLC, which changed its name to Cottonwood Ag Management LLC, which bought land in Echols County on the Alapahoochee River, a year after Bill Gates said he was going to fix agriculture in conjunction with Monsanto and Syngenta.

Cottonwood Ag Management LLC does not own any land in Lowndes, Hamilton, or Madison Counties. But Lakeland Sands does: END_OF_DOCUMENT_TOKEN_TO_BE_REPLACED

Here is the WWALS item #9 in the Georgia Water Coalition Dirty Dozen 2014; I added the links and the illustrations. -jsq

Southwest Georgians are fighting an invader—one every bit

as worrisome as the boll weevil that destroyed cotton harvests in the 1900s, except this one takes farmers’ land as well as crops. END_OF_DOCUMENT_TOKEN_TO_BE_REPLACED

The Withlacoochee River and the Floridan Aquifer affected by the Sabal Trail pipeline is #9 in the Georgia Water Coalition’s Dirty Dozen 2014: A Call to Action,

and here’s the press release,

FOR IMMEDIATE RELEASE October 22, 2014 — Today, Georgia’s leading water coalition named its “Dirty Dozen” for 2014, highlighting 12 of the worst offenses to Georgia’s waters. The annual Dirty Dozen shines a spotlight on threats to Georgia’s water resources as well as the polluters and state policies or failures that ultimately harm—or could harm—Georgia property owners, downstream communities, fish and wildlife, hunters and anglers, and boaters and swimmers.

“The Dirty Dozen is not a list of the most polluted water bodies in Georgia, nor are they ranked in any particular order,” said Joe Cook, Advocacy & Communication Coordinator at the Coosa River Basin Initiative. “It’s a list of problems that exemplify the results of inadequate funding for Georgia’s Environmental Protection Division (EPD), a lack of political will to enforce existing environmental protections, and ultimately misguided water planning and spending priorities that flow from the very top of Georgia’s leadership.”

WWALS submitted #9 of the Dirty Dozen:

Bret Wagenhorst took these pictures of a well-known Berrien County fishing, swimming, and boating spot 19 September 2014, and posted them in a facebook album. At the GA 168 bridge, access is on the north side, west of the river. To get to the famous sandy beaches, boat downstream south under the bridge.