A citizens panel assembled by state-boating authorities will meet in Orlando on Wednesday to explore what could become a path to adopting registration and fees for small boats powered by humans, wind and currents.

“That sounds like a root canal for a paddler,” said retired Coast Guard officer William Griswold, a member of the Non-Motorized Boats Working Group, a panel reporting ultimately to the Florida Fish and Wildlife Conservation Commission. “But we need to start to get a grip on how many of these boats are out there.”

Proposals for licensing Florida’s canoes, kayaks and other motorless craft have surfaced in past years.

Each has been met by vehement opposition from paddlers and sailors of small boats, who say their pastime is healthy, affordable, inflicts little harm to the environment and is akin to riding a bicycle. Pictures: Florida’s collapsing ecosystems

The current review of the potential need for small-boat registration started in 2015, when the wildlife commission’s law-enforcement section created the working group to consider boaters’ access to water, education, safety and a concept called “user pay/user benefit.”

The group in previous meetings has reviewed all the topics except user pay, which will be a focus of Wednesday’s gathering.

So the original purpose of the NMBWG appears to have been to work up to “user pay/user benefit”. There’s more pro and con in that article.

I agree with Brack Barker:

Brack Barker, a professional kayaking guide near Gainesville and a member of the working group, said paddlers would have little to gain from a registration requirement and neither would the state except in one respect.

“It’s all about the money,” said Barker, a former Florida Department of Environmental Protection law-enforcement officer.

Nick Wiley, director of the Fish and Wildlife Conservation Commission, noted in a statement the work of a panel of citizens to consider “expanding vessel registration to non-motorized boats in Florida.”

“The FWC appreciates the work of this advisory group, but we are not supportive of increasing fees on Floridians or visitors who participate in non-motorized boating,” Wiley said.

However, the idea has not gone away.

Here’s the web page for the Non-Motorized Boats Working Group (NMBWG), which is a group of the Boating Advisory Council, which is established by Florida law:

The Non-Motorized Boat Working Group (NMBWG) was created by the Boating Advisory Council at its May 18, 2015 meeting. The purpose of the working group is to address four core areas of non-motorized boating: access, education, safety, and user pay/user benefit.

See also its list of members and meeting schedule; apparently it last met 17 May 2017 in Tallahassee. There is no agenda nor minutes posted for that meeting, unlike previous meetings.

At its 1-2 February 2017 meeting in Orlando, an agenda is posted, which clearly says:

Those 1-2 February 2017 minutes also note an un-named “Invited Guest Speaker” about “Approaches to working with NMBs — Ohio Model”. As you might guess, the Ohio DNR Division of State Parks & Watercraft says Your Boat Needs a Registration:

All boats in Ohio need to be registered; not all boats need titles.

Registrations are required for every recreational boat in Ohio, including powerboats, sailboats, canoes, kayaks, pedal boats, and inflatable boats.*

*As of September 29, 2013, kiteboards, paddleboards, and belly boats (or float tubes) do NOT have to be registered as boats in Ohio.

So apparently Ohio has had a change of mind (and law) about some non-motorized boats rather recently. And Ohio has a less elaborate Alternative Registration for Hand-powered Vessels for boats that never will have a motor or sail. See below for U.S. Coast Guard Vessel ID Stickers that provide more information people can read directly than the Ohio alternative registration stickers.

The previous NMBWG meeting was 26 October 2017 in Orlando, for which there are minutes posted, which conclude:

WRAP UP AND PLAN FOR THE FUTURE
A draft of Access recommendations to the BAC will be provided to the working group for review before the next meeting. The next NMBWG meeting will be held February 1 and 2, 2017. It will be located in Orlando, Florida. User pay/user benefit will be discussed.

The NMBWG notes are much more detailed, so naturally there are some points WWALS never explicitly covered, such as erosion from dragging canoes or kayaks. We’ve also not encountered that as a problem.

There is also safety and etiquette information in the Suwannee River Wilderness Trail PADDLING GUIDE, Revised 2015, on page viii and ix, including “Know the Water Level”, which is very important on our rapidly varying blackwater rivers, which can go from too low to boat to too high to be safe in a matter of days with enough rain. Maybe I missed it, but I didn’t see that NMBWG covered that point.

Other NMBWG points are about interactions of power boats and paddle boats and boards, which become more common the farther downstream on the lower Suwannee River one goes. Our experience has been that the main problem is some (not all) power boat users don’t bother to slow down to reduce wake when they see people paddling. Apparently the NMBWG has also encountered loose paddle boards or people paddling in areas of commercial power boats.

It seems to me education by outfitters, boat sellers, groups such as WWALS that organize paddle outings, and signage at access points should be able to deal with most of these issues without need to register non-motorized boats. Florida already has numerous requirements for vessel livery operators, which are organizations that lease, hire, or rent personal watercraft. These requirements include insurance and posted boating safety information for the livery and boating safety education for its personnel, minimum age limits for the renter, and power boats renters must supply a certificate of completion of boating safety education. As the NMBWG minutes of 12 October 2015 mention, “Tweaking livery law” might be a good idea.

Those and the other NMBWG minutes include many good ideas. I don’t think fees for registration of non-motorized boats is among the good ideas.

As many people have pointed out, hand-powered boats don’t need fancy boat ramps, docks, extensive parking, or fueling facilities like power boats, so there is much less need for fees to fund such things. 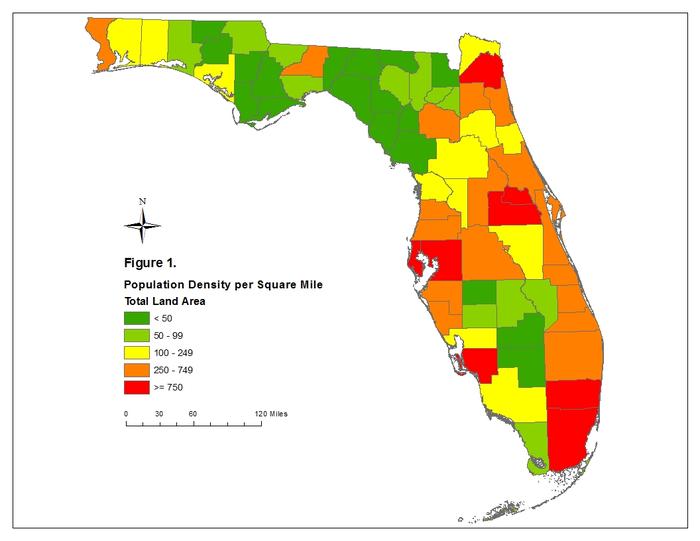 By some accounts, the Suwannee is Florida’s best-known river. In the past, this fame came by way of a popular song. Today, however, as south Florida buckles under the weight of burgeoning population growth, it is the relative “wildness” of the Suwannee that makes it a natural wonder. Along its entire 235-mile length, only a handful of small communities overlook her waters; the largest having populations barely exceeding 1,000. Away from towns, homes are relatively scarce. In some places you can travel for miles without seeing any sign of civilization. There are also few campgrounds. It was this shortage of designated camping areas and facilities that inspired the formation of the Suwannee River Wilderness Trail (SRWT).

The canoe had no identifying markings on it that would enable the Coast Guard to contact the owner to determine if there was an emergency, if the vessel broke free from its mooring or if the vessel was derelict.

Due to situations similar to this, the Coast Guard would like to re-emphasize the importance of Operation Paddle Smart to canoe and paddle craft owners in the Pacific Northwest.

Where do I get a Vessel ID Sticker?

The best place to get these vessel ID stickers is by contacting your local USCG Auxiliary flotilla. These folks are very dedicated to the safety of recreational boaters and will provide the stickers free of charge. Other possible options include: