In SO’s own video you can see them introduce me as John S. Quarterman of Lowndes County, Georgia, with 200 shares, and here’s my transcript of my questions and Tom Fanning’s answers:

Howdy, and once again it’s your fault I own those shares, you’re such a good salesman!

Fanning: [Chuckles.] What’d you bring us?

Fanning: [Claps.] Excellent, okra. Did you bring some for everybody?

Uh, no, but I do have enough yellow squash for everybody, in the car.

Ronnie Just has offered to hold these for me.

Fanning: Thank you John. Appreciate it. Always fun to have you here.

This is now five years since I first came here and asked you what you were gonna do when those Big Bets go bad.

Fanning: [The video does not show, but he nodded at that. Also note Southern Company’s official history they were giving out in multiple formats five years ago is entitled Big Bets: Decisions and Leaders That Shaped Southern Company.]

And I see Kemper Coal got yet another Moody’s downgrade in March.

Plant Vogtle, quagmire, like a land war in Asia.

Friends, Romans, countrymen, lend me your ears.
I come to bury Caesar, not to praise him.
—Mark Antony, Julius Caesar, Act 1, Scene 2,
by William Shakespeare

But! I’m not here to talk about that.

I am not here to bury Plant Vogtle; I’ll let Georgia PSC do that.

I am here to praise Tom Fanning and Southern Company.

Now, getting slightly more personal here, since you own AGL, you also own the pipeline that starts on my property and runs to Moody Air Force Base. 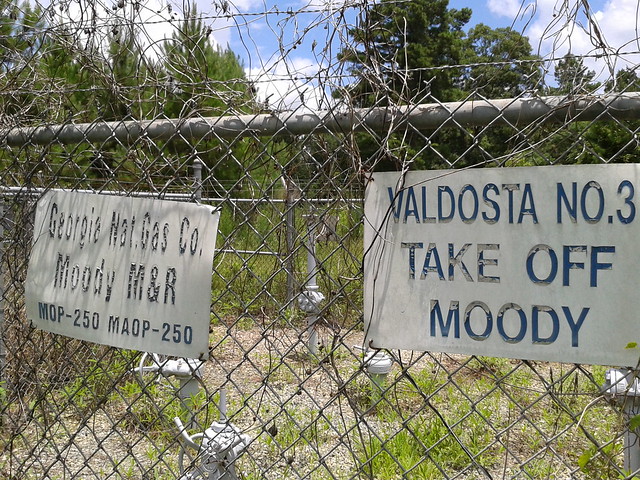 And since you own half of Southern Natural Gas, you own half of the other pipeline it connects to, which also means you own the step-down station that is constantly hissing 24 by 7 [hisses].

And I’ve looked through the easement papers my father signed, and I do not see anywhere where it say that the pipeline company gets a noise easement for the surrounding 40 acres. [audience chuckles] 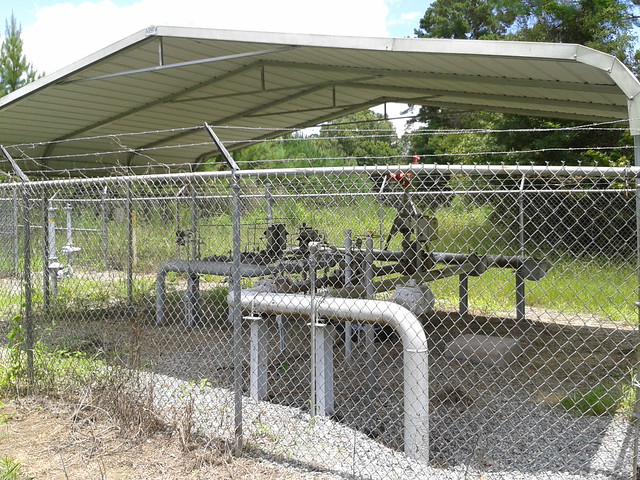 So, I have a suggestion. Another congratulations here: Warner Robins. Somebody mentioned solar panels at Warner Robins and all those other military bases: yay! [claps, joined by a few others]

Please keep doing that. And in particular, how about at Moody Air Force Base? You put enough solar panels at Moody; they won’t need that pipeline; they can shut it down. Then I won’t hear that hissing. You can do that!

That’s twice as fast as solar power is increasing total deployed capacity in this country. Southern Company is actually now leading the country in speed of deployment of solar.

But even that doubling every two year rate of solar power, that’s like as you mentioned before, compound interest. There’s only two power sources that are growing like that: solar and wind.

For those of us who like compound interest, and interest from dividends….

[Another stockholder turned and smiled at that]

Some of us might like to suggest that Southern Company’s board should look carefully at how many billions of dollars have you spent on natural gas and what return have you gotten for it. Because in that same comparison of mix tables, natural gas is flat. Coal and nuclear are down. The only thing that is increasing is renewables. It looks to me like that’s where the winning horse is.

But you’re the CEO, not me, it’s your decision for sure.

OK, so I’d also like to congratulate you on all that solar and wind you have deployed and the battery deal with Tesla [which Fanning announced in 2015]. Add to that a smart grid. As you always point out the only or the biggest private R&D utility operation in the country; add to that your expanded territory: you have the capability to, well.

You’ve been doing this for at least five years now, I know because I’ve seen you up there for that long. So probably at this point you’re thinking about your legacy.

Or your board is.

The evil that men do lives after them;
The good is oft interrèd with their bones.
So let it be with Caesar.
—Mark Antony, Julius Caesar, Act 1, Scene 2,
by William Shakespeare

Do you want your legacy to be a nuclear quagmire?

Or do you want it to be that you, Tom Fanning, had the energy, to pivot the Titanic company of Southern Company away from the nuclear iceberg and lead it: the company, the southeast, the country, and the world towards the sun and the wind power?

Yes, I was alluding to Shakespeare’s play Julius Caesar, but let me be clear: I went straight to what Mark Antony worked around to; I came not to bury Plant Vogtle but to praise Tom Fanning and SO and to ask them to do more: to make a legacy that will live on.

Thanks, John, I always look forward to your comments.

Let me, uh, let me say a few things [looking at his notes].

I’m not familiar about the hissing station. I take you at your word. Here’s Drew Evans. Talk to him and see what’s going on.

On the ash, you know, I think I made a little news here, ah, three years ago? Where I said today we’re going to close all of our ash ponds, and some of our guys said, “we are?” And son of a gun! Particularly here in Georgia, working in concert with your state EDP we’ve commenced that in a big way. And we’re doing it in an exceedingly responsible way. We’re removing all the ash and putting it in a landfill, a safe landfill lined and everything else, where you’re near any waterway. And even where you’re not, we’re using the highest level of technology. Closing in place, but putting in place slurry walls, that do not permit the migration of anything from the close-in-place dike to anywhere outside our boundary of our plant.

So we’re using the highest level of technology, working hand in glove with the state of Georgia.

Right, and Georgia Power worked hand in glove with GA-EPD in shooting down those coal ash bills, too, so there is room to improvement. Fanning did not address my request for SO to pivot to support new and better coal ash bills.

Um, I think it will be an interesting period going forward in this new tax reform package that may or may not get debated effectively in Congress. And we see that Tr… president Trump has come out with his own proposal. What the fate of that is….

You know that this immense growth that we saw, remember how we went from two and a half billion in our capex for renewables became four and a half billion that’s what led to all these changes that you’ve seen. Whether we can sustain that or not, I can tell you that our budget this year is only a billion and a half.

Why did we go from four and a half to a billion and a half? That’s because the tax credits are eroding; the market is drying up a little bit.

I still think; please hear me!

I think renewables are exceedingly important in the future. Look at what we’ve done. I stand behind my word. We’ll see how it develops. If it develops well, we’ll be right there in a leadership role.

So John, thank you so much. You’re always welcome.

And I thank you, Tom, for your hospitality and your thoughtful answer. But in previous years you told us all how much influence you and Southern Company have over federal energy policy. And SO has more influence than anyone else on the planet over wind in the Atlantic offshore from Georgia, which SO is not yet doing. Plus the price of solar and wind power keeps going down, so that they are already competitive without tax benefits, unlike nuclear, which you just said in this meeting required a federal loan guarantee and other subsidies. As for the “market drying up”, last year more new U.S. electricity came from solar power than any other source, as you know.

So instead of waiting to see, I ask you again to secure your own legacy by leading us into the future of solar and wind power with storage and a smart grid.

Questions from other stockholders were just as probing, including whether all our eggs in the natural gas basket is a good idea and whether nuclear is a dead horse. See them all in a post on Lowndes Area Knowledge Exchange (LAKE).

In this meeting, apparently for the first time ever, Tom Fanning said SO’s board would be deciding whether to go forward with Vogtle or not, probably by August. He also said SO is pivoting towards wind and Oh, solar panels! Oh, heck yeah!

2 thoughts on “Video: Will you lead to sun and wind power? —John S. Quarterman to Tom Fanning, CEO, at Southern Company stockholder meeting 2017-05-24”