This “special foam”: yes, it’s probably the same toxic PFAS chemicals spilled at the Ocala, FL firefighting school and at Moody AFB near Valdosta, GA. Massive ammounts of it were used at the ITC tank farm, with its own docks on Buffalo Bayou into Burnet Bay, leading to Galveston and the Gulf. Then a massive storm hit, closing that Houston Ship Channel and stopping cleanup operations. It’s so bad even the state of Texas and Harris County are suing ITC. Meanwhile, whoever heard of a solar farm fire? 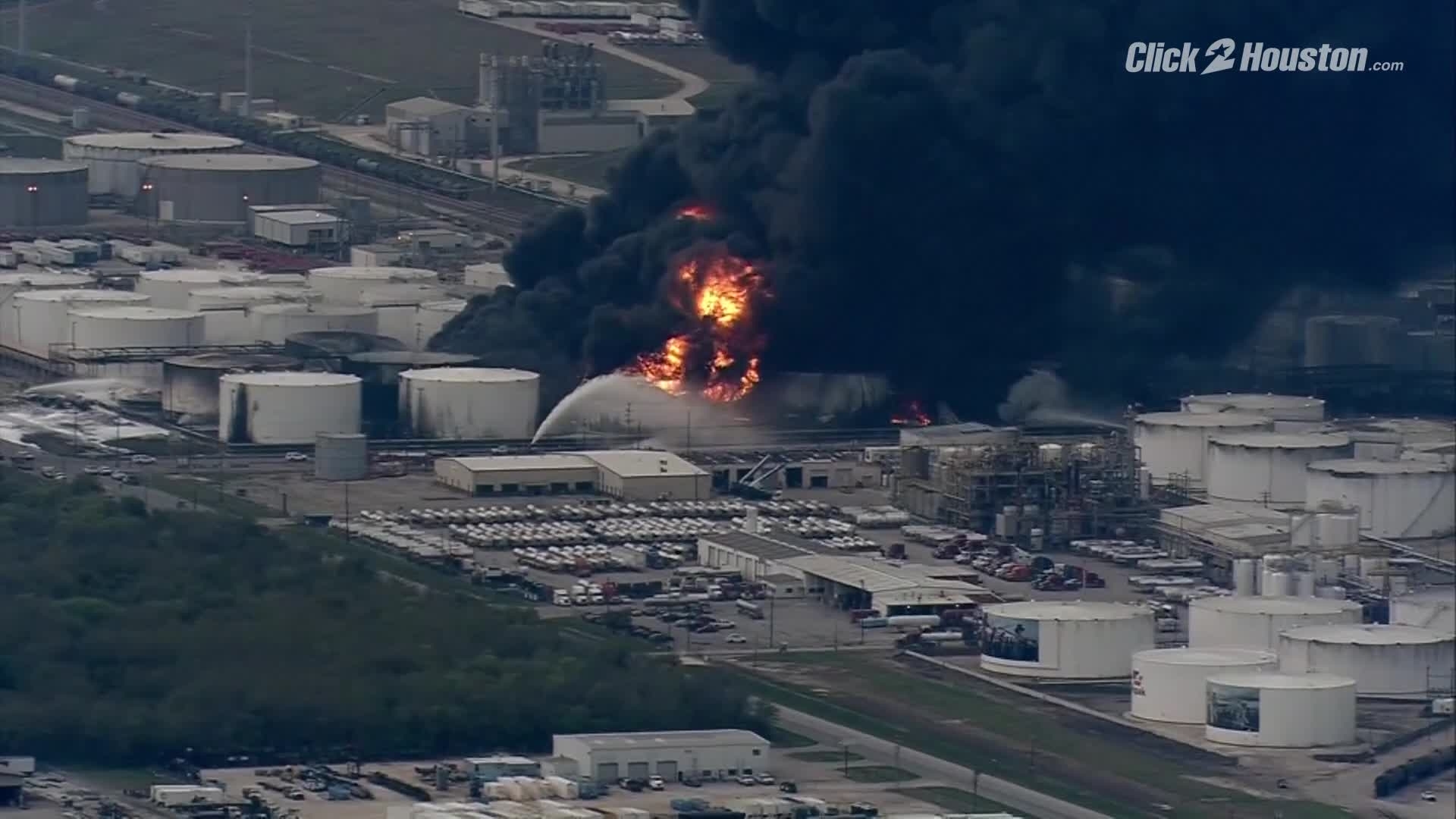 Firefighters confronted with the worst Gulf Coast industrial disaster in 14 years had to call on outside sources to augment their supply of the special foam required to extinguish chemical blazes.

Intercontinental Terminal Co. confirmed it appealed to other companies for foam during the fire that erupted on March 17 and ravaged its chemical storage complex in Houston’s eastern suburbs for four days. Almost two weeks after the calamity began, local officials are questioning whether ITC had the proper equipment and personnel in place to handle such an event.

“It just seems that they had an incredible amount of difficulty doing something they should have been prepared to do,” said Harris County Commissioner Adrian Garcia, whose precinct encompasses the disaster site. “They have been operating at the minimum requirements. They are only required to have so much foam. This fire proved to be more than the foam they were required to have.”

ITC, a unit of Japanese conglomerate Mitsui & Co., sought additional foam from third-party sources “for the entire event,” Brent Weber, the senior vice president of sales and marketing who’s been the face of the company’s response effort.

However, Weber said ITC never ran short of foam. The entities ITC called upon included Channel Industries Mutual Aid, a Houston-area cooperative that lends rescue trucks and other gear when a member company has an emergency.

The Houston Ship Channel was shut on Sunday as violent storms wracked the site of one of the worst Gulf Coast industrial disasters in 14 years.

All outbound vessels emerging from the northwest end of the waterway were halted and inbound traffic was limited to ships and barges already en route to final destinations, Intercontinental Terminals Co LLC said in a statement.

Decontamination stations used by the U.S. Coast Guard to make sure ships don’t drag any toxic residue into Galveston Bay or the Gulf of Mexico also were closed, according to the statement.

The channel, Houston’s lifeline to the Gulf and to foreign markets, has been shut or under strict limitations since ITC’s complex erupted into flames three weeks ago and spewed dangerous oil byproducts into the air and water.

ITC crews were in the process of draining tanks holding xylene and naphtha — highly volatile gasoline ingredients — when severe thunderstorms rolled through Houston’s eastern suburbs on Sunday, spawning a tornado warning. A company spokesman said he didn’t know if the layers of foam used to secure the chemicals in damaged tanks had been disrupted.

The company also reported the U.S. Coast Guard has closed a portion of the Houston Ship Channel between Dow (Tucker Bayou) and the San Jacinto Monument to Crystal Bay in response to the breach of the containment wall.

The Sierra Club reacted to the collapse of the containment wall. Organizer Bryan Parras said in a statement they’re worried that the chemicals in the firefighting foam that has been used could contaminate waterways and drinking water systems in Deer Park and the Houston region.

The chemicals in question are Per- and polyfluoroalkyl substances (PFAS). They are a group of man-made chemicals that includes PFOA, PFOS, GenX, and many other chemicals. They can be found in firefighting foam, as reported by NPR.

Elena Craft, a senior health scientist at the Environmental Defense Fund, said the researchers will get real-time results for most pollutants. She said samples will also be collected to test for perfluoroalkyl and polyfluoroalkyl compounds, or PFAS, which are found in foam firefighters were using Thursday to prevent flare-ups at ITC in Deer Park.

Harris County Prepares To Sue ITC Over Fire At Deer Park Facility: The company has received 300 claims so far. Clean up efforts are ongoing and there are pockets of oil on regional bayous and the Houston Ship Channel. By ALVARO ‘AL’ ORTIZ / ANDREW SCHNEIDER / HOUSTON MATTERS | POSTED ON MARCH 26, 2019, 2:27 PM (LAST UPDATED: MARCH 26, 2019, 3:04 PM)

The fire burned for most of last week, shut down class for over 100,000 students in the region and led to a breach in the dike wall that spilled toxic chemicals into the Houston Ship Channel. The company has received 300 written claims and 2,000 calls to its claims hotline.

The Harris County Attorney’s Office will hire an in-house auditor to review ITC’s actions during and after the fire.

“We’ll be requesting the appointment of what’s called a third-party auditor, who will come in and review all the actions of ITC in what led up to this event,” Robert Soard, First Assistant County Attorney told commissioners Tuesday. “We will also be seeking recovery on behalf of the county for all the costs incurred by the county itself.”

Those costs include activating the county’s Office of Emergency Management; monitoring air and water quality; and deploying mobile clinics. But authorities haven’t released a cost estimate yet.

Brent Weber, an executive with ITC, said during a news conference that the company will prevail using its insurance and “available financial resources.”

Maybe they’ll look into those PFAS. And maybe they can recover costs from ITC. Maybe Harris County and the State of Texas will even ask the EPA to do something>