Let’s put the end of the story up top:

John Quarterman, who is the Suwannee Riverkeeper with the WWALS Watershed Coalition, Inc., said he hopes potential new federal protections will highlight the need to shield part of the turtle’s potential habitat from a proposed mining project near the Okefenokee Swamp. The [Georgia] state Department of Natural Resource[s] is weighing whether to issue mining permits to Twin Pines [Minerals LLC of Alabama].

The Okefenokee National Wildlife Refuge is included in the turtle’s range outlined by the Fish and Wildlife Service.

“It’s yet another reason to protect the swamp,” Quarterman said this week.

Please send your comments to Georgia officials asking them to thoroughly review and then reject the five permit applications from the miners:
https://waterkeeper.org/news/help-suwannee-riverkeeper-save-okefenokee-swamp/ 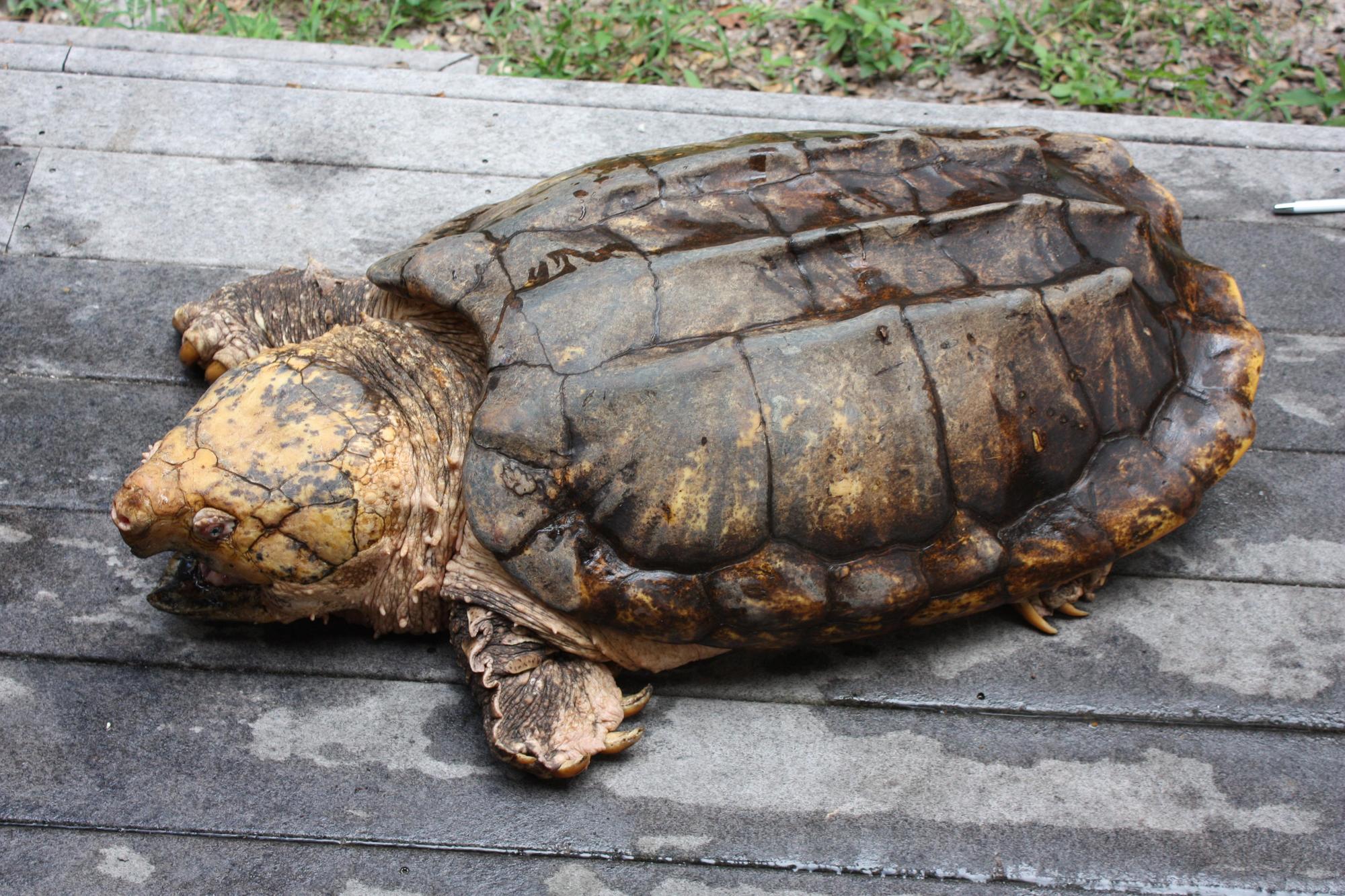 A rare prehistoric looking turtle only found in south Georgia and north Florida might soon gain federal protection after struggling to rebound.

The U.S. Fish and Wildlife Service announced this week that it has proposed listing the Suwannee alligator snapping turtle as threatened under the Endangered Species Act. The announcement kicks off a public comment period that will wrap up this June.

The turtle is the largest found in north American rivers, with some males weighing in at more than 200 pounds. The Suwannee gator snapper makes its home in the waterways flowing through Tifton and Valdosta before emptying into the Gulf of Mexico.

The federal agency reported Tuesday that only about 2,000 of the turtles remain across the two states. The Suwannee alligator snapping turtle was only recently split off as its own species.

“The science that the Service has gathered on this turtle indicates it could become endangered in the near future,” the agency’s regional director, Leopoldo Miranda-Castro, said in a statement. “We fully understand how iconic and valuable this turtle is to the people of Florida and Georgia and are determined to work with our partners to conserve and protect them using the best available science.”

The state already considers the alligator snapping turtle – sometimes confused with the common snapping turtle before they are full grown – as threatened and has banned harvesting of the turtle. But the federal distinction would come with stronger protections.

The agency does not, however, plan to designate what is called “critical habitat” for the turtles over fears that would lead more poachers to the where the vulnerable turtles can be found.

“Designating critical habitat would entail identifying locations where large turtles could be found, potentially increasing the threat of illegal harvest on the species,” the service wrote on its website about the proposal.

The story notes pushback on that, because poachers already know where to find the turtles.

“Although both Florida and Georgia have prohibited recreational harvest, there is an international and domestic demand for turtles for consumption and for herpetofauna enthusiasts who collect turtle species for pets,” according to a FWS document. “The Suwannee alligator snapping turtle is no exception; farmed, hatchling alligator snapping turtles may be sold for up to 195 U.S. dollars per turtle.”

Many other threats also exist for the turtle, including deadhead logging, water withdrawals for farming and other human activities that can imperil their habitat. Other factors hindering its comeback as a species include predators like raccoons preying on their eggs, fishing tackle ingestion and drowning after being unintentionally swept up by recreational and commercial fishing operations.

And mines. There’s more in the story.

Please send your comments to Georgia officials asking them to thoroughly review and then reject the five permit applications from the miners:
https://waterkeeper.org/news/help-suwannee-riverkeeper-save-okefenokee-swamp/