It’s great the #Trashtag Challenge is getting people to clean up litter, but remember the straw and the sea turtle. Let’s also get on with fixing the problem, which is throwaway plastic and other discardable containers and wrappers. 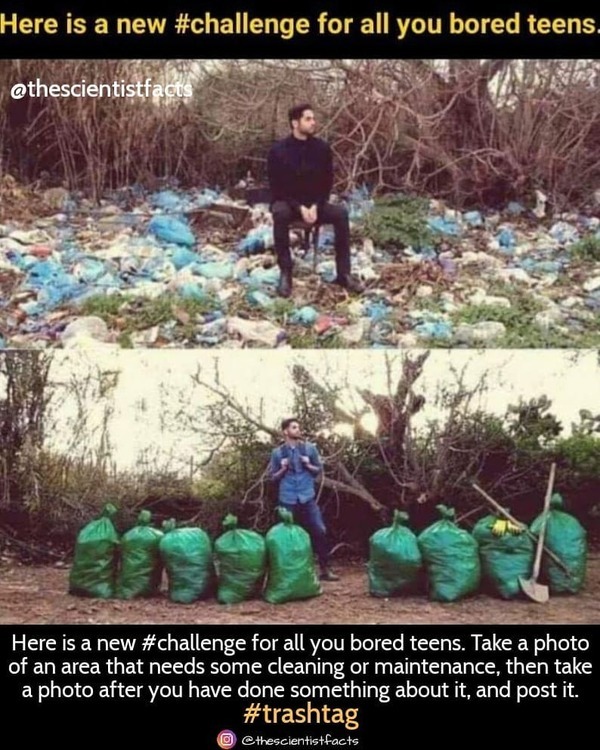 It’s fun and useful to clean up a creek, like we did Sunday on Onemile Branch at Azalea Festival in Valdosta. 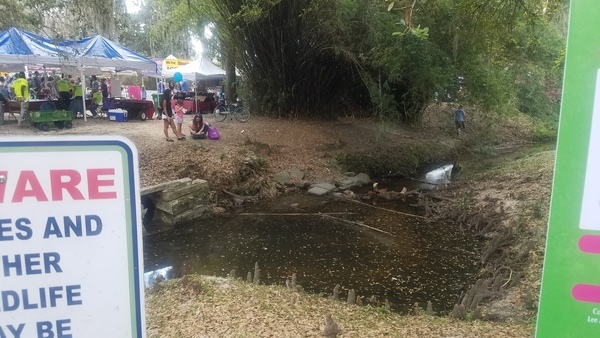 WWALS does this on every outing, which is also a cleanup, plus some specific cleanups, such as two at Troupville Boat Ramp on the Little River and one at Sheboggy on the Alapaha River last year. We find the amount of trash tends to go down, as more people catch on that we need to take care of our waters.

Yet more needs to be done. Remember last year at the Wild & Scenic Film Festival, the sea turtle and the straw? 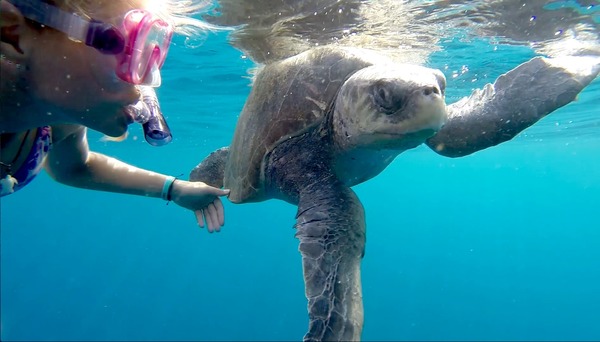 We still have biodegradable non-plastic straws, and you can get them, too. And just say “no straw, please” unless you really need one.

That’s a start towards something bigger. As one article puts it:

Protecting ecosystems from plastic pollution will require countries to take action against plastic production, something more than 60 countries have already done.

Several people in the audience spoke in favor and against the ban, but it was unanimously approved.

“We are choking ourselves with plastic in our waterways. This is serious stuff,” Commissioner Helen Warren said. “People say we are moving too quickly, but I don’t think we are moving quickly enough.” 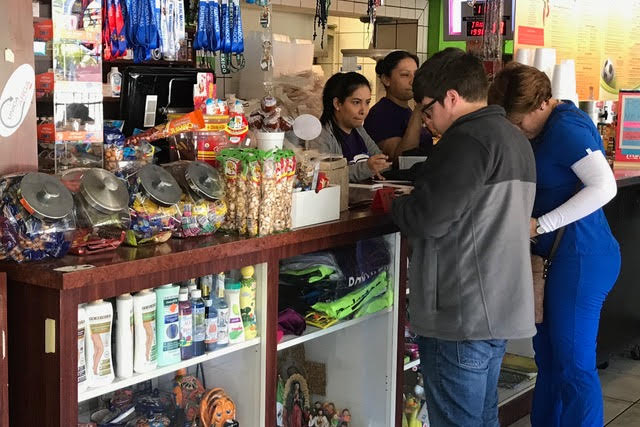 Andrea Arredondo, a cashier at La Tienda, said being more sustainable will be great for the restaurant. (Madi Spector/WUFT News)

Andrea Arredondo, a 23-year-old cashier at La Tienda, said she thinks the change will be great for the Mexican restaurant. She suggested that the restaurant could start using organic bags or ceramic plates for their customers to be more sustainable.

“We give a lot of plastic every day,” she said. “So, I think reducing in here will really make a difference.”

However, the ban on Styrofoam might prove to be more difficult than that on plastic.

“As far as the plastic bags, I think that’s going to be a pretty easy transition,” said Danielle Ward, the store manager of Ward’s Supermarket. “It’s an easy fix for us.”

“Unfortunately, as far as our Styrofoam, that might make it a little more difficult,” she said. “We’re going to have to really think on exactly what we want to do.”

We managed for many centuries before styrofoam, and we’ll manage after it.

There’s already a bill in the Florida Senate, SB 502: Prohibition of Plastic Carryout Bags and Straws. It may not pass this year, but it will in a later year.

The nation’s largest grocery chain, with a big presence in metro Atlanta, is dumping plastic bags.

Kroger announced Thursday that it is phasing out use of single-use plastic bags throughout its company. It won’t be an overnight shift.

The supermarket owner said it expects the transition to reusable bags will be completed across its business by 2025.

That’s absurdly slow, but that it’s happening at all is big news.

Let’s remember how things got this way. It’s cheaper for the trash producing companies at everybody’s expense. See for example, Joanread, 9 January 2016, In this The History of Consumerism & Garbage.

1953 — Keep America Beautiful (KAB) was established by the packaging industry. It focused on individual’s bad habits & laws that steered clear of regulating industry. Reducing consumption and mandating reuse was threatening so they switched the focus to litter and recycling. Centerpiece was its great cultural invention — Litter….

We can bring back deposits on cans and bottles, and then there would be far fewer beer cans and water bottles in Onemile Branch and in our rivers. As for plastic straws, do we really need them at all?

For more WWALS events and outings, see the WWALS Calendar or Outings and Events.