Everyone in the dozen downstream Florida counties wants to help Valdosta finish fixing its sewage problems, and all were impressed with the thoroughness of the presentations by Valdosta Utilities Director Darryl Muse. There was even an offer to contact federal representatives and agencies from the elephant in the room, Ken Cornell of Alachua County, which contains half the population of the dozen Task Force Counties (and twice the population of Valdosta and Lowndes County), 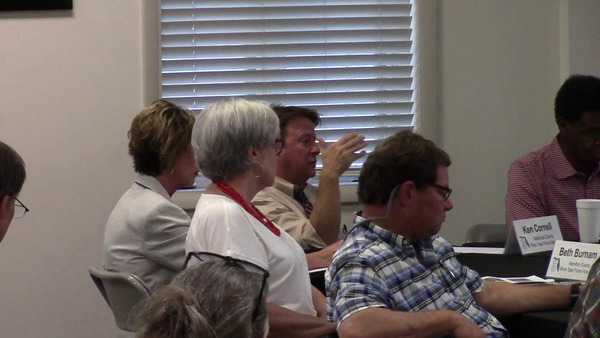 Mayor John Gayle said “Valdosta is privileged to be a regional city”, serving eighteen counties and benefitting from sales taxes of all those who shop in Valdosta, and later offered assurances that Valdosta was doing everything it could. 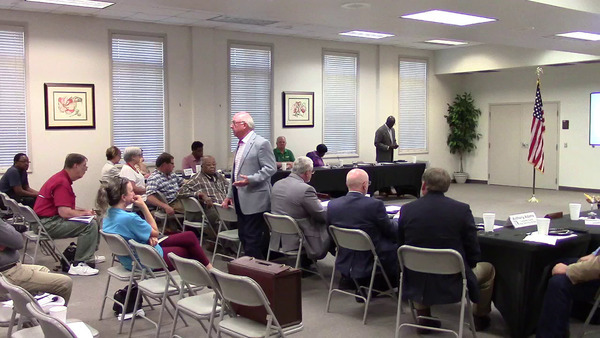 They could answer the question from Beth Burnham of Hamilton County about reporting times: less than 24 hours to the state of Georgia. 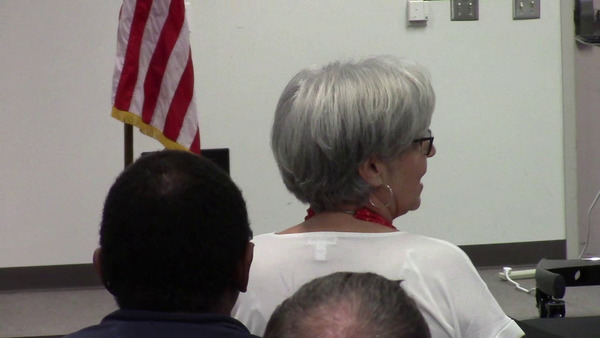 Nonetheless Utilities Director Darryl Muse when he noted that spill reports are available from the state of Georgia, he didn’t mention that Valdosta was not among the thirty organizations in Georgia and Florida that convinced GA-EPD to publish Sewage Spill Reports each business day. He kept hemming and hawing over direct notification of spills, as requested by Task Force Chair Rick Davis, and releasing water quality test data required by its wastewater permit. 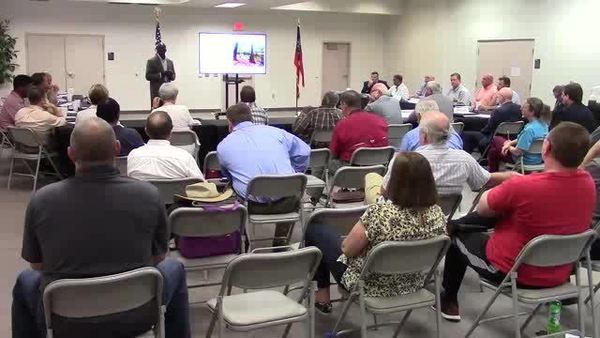 Valdosta’s excuse for dropping from weekly to monthly on its regular non-permit river testing program was to redistribute manpower to finding inflow and infiltration. That’s good on the face of it, yet later Mayor Gayle said the city tries to give Utilities all the funding it needs, which would seem to indicate Utilities did not ask for weekly testing funding. 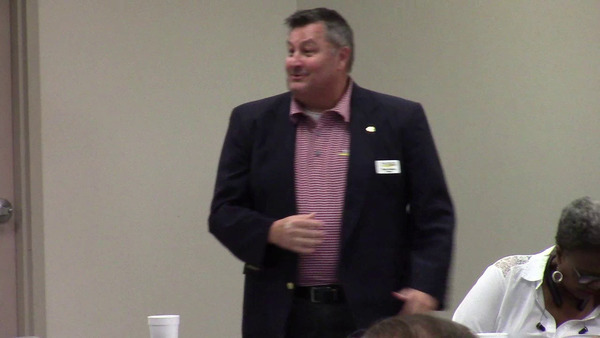 City Manager Mark Barber painted Valdosta as awful ordinary when he said it is too small for some financing sources and too large for others. Shouldn’t a regional city lead its region? Especially when much of its region insisted on showing up in Valdosta and offering to help?

Yes, we are all impressed by the tens of millions of dollars Valdosta has already spent, and as Don Hale of Suwannee County said, “It sounds like you really are taking this seriously.” 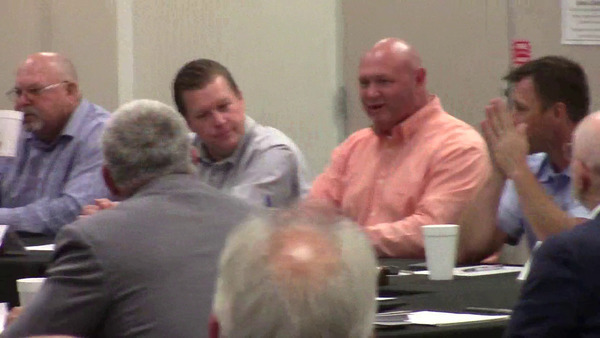 Yet, as Tom Mirti of the Suwannee River Water Management District (SRWMD) pointed out, by the figures just presented Valdosta would have about 10% completion of its inflow and infiltration fixing program in 162 years, while its fixes were only expected to last 40 years, so it would keep getting farther behind. 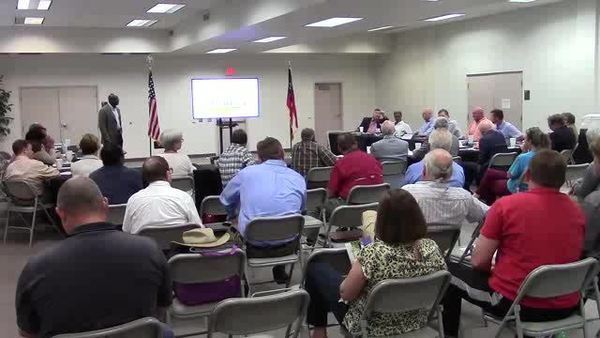 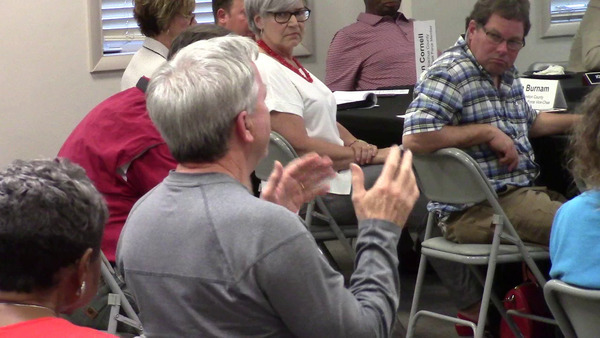 I reminded them that four years ago some of us same people in the room had met upstairs in the same building and were convinced then that the new WWTP would stop most of the spills. The mayor said what I’d heard from other sources, that back then they built the new WWTP to handle the same amount of water they’d gotten in 2009. Obviously they got more in 2018. 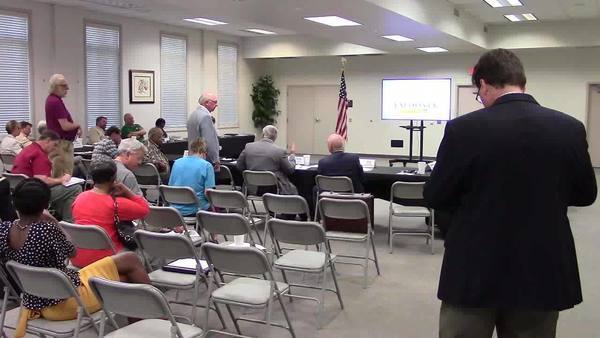 I asked what is their model that convinces them that another 8 million gallons or 16 million gallons of catch basins will be enough? The Utilities Director said they had a hydraulic study by Parsons Engineering that they used. I said I would file an open records request the next day for that report, as well as request for their spill followup testing and their regular monthly test results. I filed all three Thursday. Several scientists are interested in perusing that Parsons report.

Don’t get me wrong. I agree with Council Tim Carroll: we should pass SPLOST. (This one does not appear to be full of the boondoggles that caused the last one, six years ago, to fail on its first attempt.) Valdosta needs the $40 million or so earmarked in this new SPLOST VIII for water and wastewater system improvements. Yet there is still room for transparency from TitleTown. 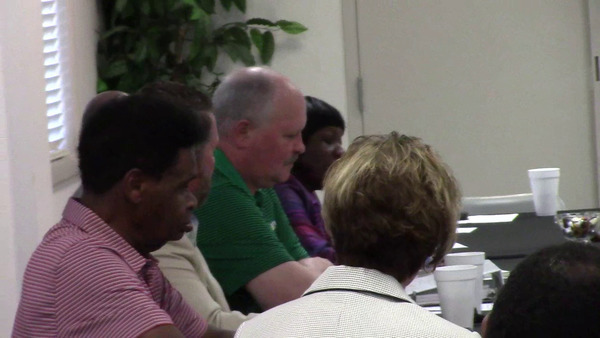 Also Valdosta could use a bit more awareness of the stigma it continues to spread on the eco-tourism of the downstream counties, all the way to the Gulf. 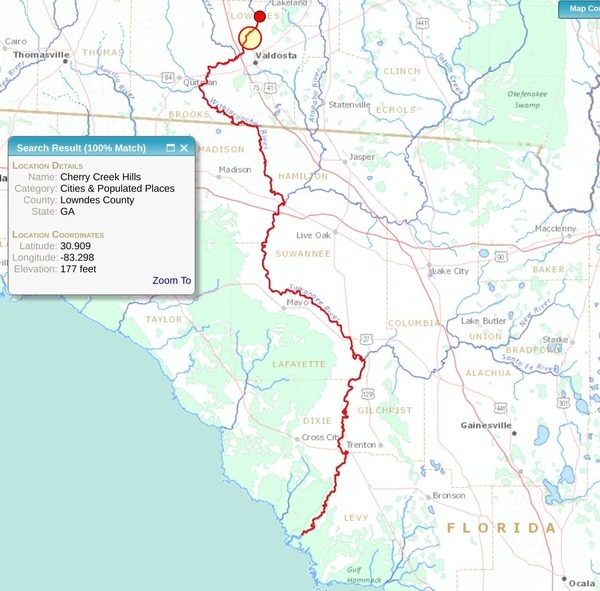 Regular, frequent testing is the only way to dispell that stigma, so we all know when the rivers are safe and when they are not. Even if all the inflow and infiltration is fixed, Valdosta’s previous testing has demonstrated that there are other sources of E. coli getting into our rivers, and everyone who boats, swims, fishes, or drinks well water would be better off if we knew when and where. 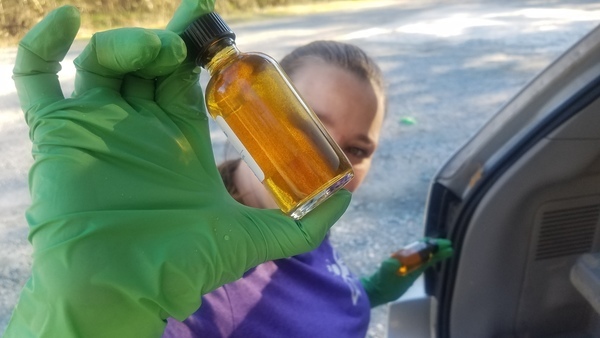 As Task Force E.D. Scott R. Koons told Emma Wheeler of WCTV, the Suwannee River (and its tributaries) “is the one thing that binds all north Florida together.” As several people noted, not just north Florida: south Georgia and north Florida are inextricably tied together by our waters. 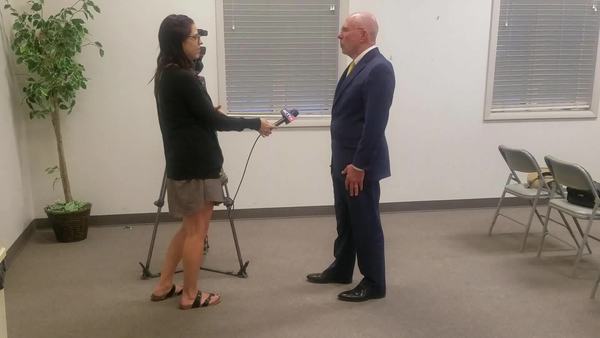 We need to know what is in our rivers and wells.

Below are links to each WWALS video of each major item, as near as I could decipher the way the meeting went, followed by a WWALS video playlist.

Several elected officials asked questions for which I did not pull out separate videos, because I did that by watching for gestures, and I was directly behind some, such as Taylor County Commission District 5 Thomas Demps, and Gilchrist County Commission District 2 Bill Martin, and they did not move much. If someone wants to watch the whole thing again and point out in which video their questions are, and when, that would be most helpful.

There are many more pictures on the WWALS website.

At its February 28, 2019 meeting in Lake City, the Rivers Task Force of the dozen Florida counties agreed on a resolution to deliver to Valdosta and elected and appointed officials in Florida, Georgia, and the U.S. It covers the key subject of the stigma that Valdosta wastewater has left on the river eco-tourism in which the Florida counties have invested so much time and effort. Task Force Chair Rick Davis presented that resolution to Valdosta towards the end of the April 10th joint meeting. For convenience, I have added the full the text of the resolution below.

A RESOLUTION OF THE MIDDLE AND LOWER SUWANNEE RIVER AND
WITHLACOOCHEE RIVER TASK FORCE FINDING THE CONTINUING AND
REPETITIVE SPILLS OF RAW SEWAGE INTO THE WITHLACOO CHEE RIVER
AND MUD CREEK BY THE CITY OF VALDOSTA, GEORGIA TO BE
UNACCEPTABLE AND INTOLERABLE; REQUESTING MEANINGFUL
ENFORCEMENT ACTION BY THE STATE OF GEORGIA AND FLORIDA STATE
AGENCIES AND PERSONNEL IN POSITION TO BRING SUCH ACTIONS; AND
REQUESTING THE SUPPORT OF THE STATE OF FLORIDA, THE FLORIDA
DEPARTMENT OF ENVIRONMENTAL PROTECTION, THE SUWANNEE RIVER
WATER MANAGEMENT DISTRICT, AND ALL OTHER INTERESTED AGENCIES
IN ADDRESSING THE ISSUE OF RAW SEWAGE SPILLS BY THE CITY OF
VALDOSTA, GEORGIA.

WHEREAS, pursuant to permits issued to the City of Valdosta by the Director of Georgia Environmental Protection Division, the City of Valdosta water pollution control plants are permitted to discharge treated wastewater into with Withlacoochee River and Mud Creek so long as the wastewater is within certain regulatory limits set by Georgia Environmental Protection Division;

WHEREAS, the permits do not permit the discharge or spillage of raw sewage into any waterway;

WHEREAS, the Withlacoochee River and Mud Creek both flow into and contribute to the flow of the Suwannee River, which is both an important ecological and environmental asset and a vital tourism feature of the north central Florida region;

WHEREAS, pollution of the Suwannee River is a matter of great public interest as such pollution negatively impacts the quality of life for our citizens and visitors and threatens both the economic vitality and tourism appeal;

WHEREAS, in spite of the Consent Order, spills ofraw sewage into the Withlacoochee River and Mud Creek have occurred since April 2018, more than five years after the date the City of Valdosta approved its five-year plan;

WHEREAS, it is evident that the Consent Order and the City of Valdosta Five-Year Plan have failed to alleviate the cause or causes of spills of raw sewage into the Suwannee River Basin;

WHEREAS, the North Central Florida Regional Planning Council has appointed the Middle and Lower Suwannee River and Withlacoochee River Task Force, hereinafter referred to as the Task Force, whose membership is comprised of a county commissioner from each of the 12 counties within the north central Florida region, to address the issue ofraw sewage spills by the City of Valdosta into the Withlacoochee River and Mud Creek; and

WHEREAS, it appears to the Middle and Lower Suwannee River and Withlacoochee River Task Force that more immediate and decisive action is necessary to protect north central Florida region natural resources and the Task Force’s interest in maintaining a high quality of life for its citizens and enjoyment of the area for residents and visitors.

NOW, THEREFORE, in consideration of the foregoing, BE IT RESOLVED by the Middle and Lower Suwannee River and Withlacoochee River Task Force that:

RESOLVED this 28th day of February 2019, by the Middle and Lower Suwannee River and Withlacoochee River Task Force in special session.

That GA-EPD Consent Order for Valdosta, as well as all the big Georgia wastewatern permits in the Suwannee River Basin, are on the WWALS website.