“Water is our most precious commodity, not pipelines, not Sabal Trail,”, said WWALS member Alton Burns, and both 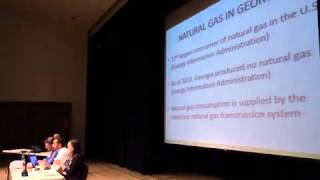 he and WWALS president John S. Quarterman spoke twice, about safety, water, conflicts of interest, the Floridan Aquifer, lack of transparency, Okapilco Creek, the Withlacoochee River, and the Suwannee River, all of which Sabal Trail is trying to drill under. Local landowners were the most blunt: the FERC process is a farce and a hoax, they said. See for yourself in these LAKE videos from Moultrie last night.

But it’s still important for you to come speak up, to be on the record, so the news media will hear, and so your neighbors will hear. The FERC meetings continue tonight in Valdosta and tomorrow in Lake City, 5:30 PM each night:

There’s much more you can do to stop Sabal Trail. Shell Oil just gave up on drilling in the Arctic.

TransCanada admitted it has to go through the Nebraska PSC for its KeystoneXL pipeline. And last year Williams Company, after massive opposition and a Kentucky judge said it couldn’t use state eminent domain, cancelled its Bluegrass pipeline. Sabal Trail can be stopped. The bigger they are, the harder they fall.