Update 2019-05-06: OK, as April Huntley pointed out after went out there over the weekend, the concrete is not poured yet: what’s out there is the bed on which to put the concrete. I called Lowndes County Project Manager Chad McLeod, who said that’s right. Today the forms for the concrete are in place. Probably Wednesday they will pour the concrete. Then it has to set for 10-14 days. After that, they will pick a day with an appropriate river level (they need a couple of feet of water in the river), and they will slide the segments down the ramp into the river. So probably somewhere between 18 and 25 May 2019 the concrete ramp should be in the river.

Some of the concrete was still setting on the new Naylor Boat Ramp on the Alapaha River just upstream from US 84.

Lowndes County Commissioner Joyce Evans asked Gretchen Quarterman at the Monday Planning Commission meeting whether she had been to the new Naylor Boat Ramp.

Nope; Project Manager Chad McLeod had told us they were finally building it, but we hadn’t heard that it was finished.

So I went out there Tuesday, and there is a boat ramp!

The backhoe across the top of the boat ramp seemed to indicate it wasn’t quite ready for public use yet.

The boom in the river below the boat ramp is visible from the beach.

US 84 and CSX RR Bridges

The beach seems the same as always. Gretchen says Commissioner Evans said there were many people on the beach when she visited. Not so many at 6PM on a week day.

The trash can Gretchen requested and the county placed by May 2018 is doing its job of collecting trash. It will do its job better when the county retrieves that trash.

The county has indeed fixed up the entrance from US 84. I drove down it in the grey Prius with no difficulty, to the quite large asphalt parking lot, which connects to the beach and the boat ramp. 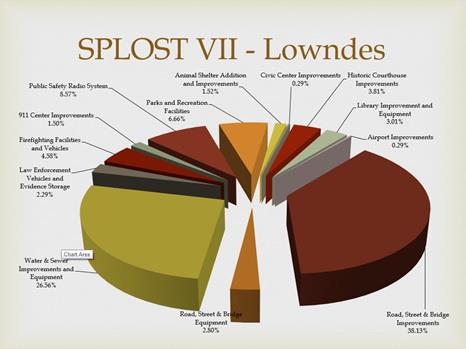 The Lowndes County Commission put that park and boat ramp on the 2013 ballot for the Special Local Option Sales Tax (SPLOST VII).

The voters of Lowndes County approved it overwhelmingly on November 5, 2013, by 69%.

The current layout is pretty much what was in the plans we saw back in February 2015.

The parking lot got bigger in the plans of April 2016, to the size it is now.

They had some difficulty actually building the boat ramp, because, even though they put it out for bids twice, nobody would bid as low as they requested. This was apparently because the county did not put enough funds in the SPLOST VIII line item for the boat ramp and park. So they decided to do it in-house.

They had completed the parking lot clearing in February 2018. 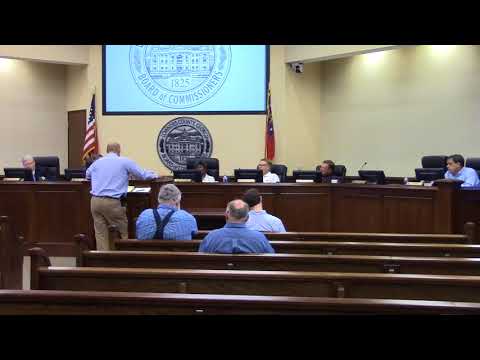 Project Manager Chad McLeod told the Lowndes County Commission on September 10, 2018, that they hoped to finish the boat ramp within a few weeks. Then the rains started that went on last fall and winter. So, as for several years before, the boat ramp was delayed due to high water.

But now Lowndes County has built the Naylor Boat Ramp on the Alapaha River.

Naylor Boat Ramp is one of the middle access points of the Alapaha River Water Trail (ARWT).

Oh, and thanks in advance to the Lowndes County Commission for the resolution in support of the Alapaha River Water Trail, which Chairman Bill Slaughter said years ago they would consider passing once the boat ramp is complete.