Especially thanks to top tier sponsor Georgia Beer Company, and to all the rest, who are listed on this poster for the Contest this Saturday, 1-5 PM, at The Salty Snapper in Valdosta.

Tickets are still $10 online or $12 at the door. Seven headliners and finalists will play for three judges and you, with radio personality Chris Beckham as Master of Ceremonies, with prizes awarded, silent auction, kayak raffle, and food and drink.

Pre-sales will sit closer to the stage. The tables of eight right in front of the stage are sold out, but individual tickets are still available.

Everything else about the Contest is here: END_OF_DOCUMENT_TOKEN_TO_BE_REPLACED

For those relatively new to WWALS, WWALS was heavily involved in END_OF_DOCUMENT_TOKEN_TO_BE_REPLACED

On the Suwannee River on a fine Saturday afternoon, advocating for our rivers and the Floridan Aquifer and against the Sabal “Sinkhole” Trail fracked methane pipeline. The Waterkeeper Alliance requires each member to have a vessel. Here’s the Suwannee RIVERKEEPER® vessel.

Thanks to Tom H. Johnson, Jr. for paddling and for taking the picture. Thanks to Bret and April Huntley of Paint and Body Concepts for putting the name on the sides. Thanks to Phil Hubbard for the paddles and other assistance. And thanks to Lynne Buchanan for riding along, photographing, and helping paddle.

END_OF_DOCUMENT_TOKEN_TO_BE_REPLACED 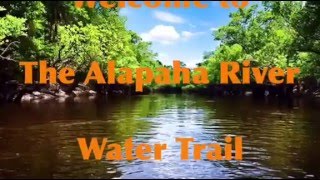 and Gretchen Quarterman sent one in about the BIG Little River Paddle Race on the Withlacoochee and Little River Water Trail. Come cheer for them and other local community entries, 7PM tonight, Bailey Auditorium, VSU, Valdosta, Lowndes County, Georgia.

We were out towards Jennings Sept. 1st and stopped at the Alapahoochee River @ Hwy 135/141.