For those relatively new to WWALS, WWALS was heavily involved in trying to stop the Lowndes County Commission from closing Old State Road to Hotchkiss Landing, including photographing the site, writing a letter, helping with a petition signed by hundreds, and helping pack the Commission room (a rare feat). 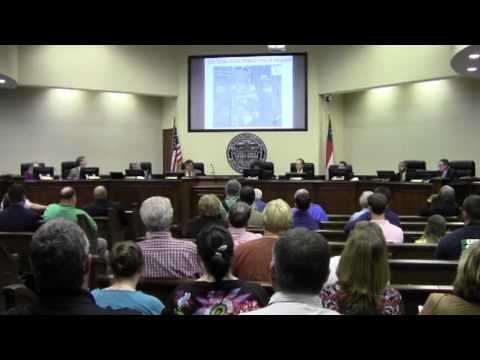 Others also wrote letters against closing it, and nobody but the proponent wrote in favor.

The Commission tabled it for two weeks, and then, as is not uncommon around here, one old boy from the next county with his attorney outweighed all that. (He had tried before three years earlier, but many of the Commissioners were different in 2013.)

The vote was 3 to 1 with 1 absent. Commissioner Crawford Powell was absent. According to the official minutes of the Regular Session of February 26, 2013,

You can see it for yourself in the LAKE videos of that meeting. Especially watch what April Huntley and Bret Huntley said at the end in Citizens Wishing to Be Heard.

Thanks again to Commissioner Demarcus Marshall for voting against.

So, do not go to the old Hotchkiss Landing at the end of Old State Road in Lowndes County.

Chris Graham, one of the leaders of the attempt to keep Old State Road open, on the Alapaha River in front of Hotchkiss Landing (closed, private, and do not go there!

Do go across the Alapaha River to Hotchkiss Road Landing.

Chairman Bill Slaughter (who did not vote at that 26 February 2013 meeting; the Chairman votes only in case of a tie), did say that the county was talking to an owner of property on the Alapaha River, “really at a better location possibly, to put in a landing in another location.”

WWALS a week earlier had advocated the creation of an Alapaha River Park. That did happen, in the form of the small park around the pending Naylor Boat Ramp.

If I’m not mistaken, several of the Commissioners who voted to close Old State Road did vote for putting that park and the Naylor Boat Ramp in a line item on the seventh Lowndes County Special Local Option Sales Tax (SPLOST VII) referendum.

For purchasing the 4.35 acres at US 84 from Dr. Acree, Commissioner Demarcus Marshall made the motion, Commissioner Joyce Evans seconded, and Commissioners Scottie Orenstein, Mark Wisenbaker, and Clay Griner also voted for. $24,000 / 4.35 acres is $5,517.24 per acre, which is a very reasonable price for riverfront and highway-frontage property from Dr. Acree.

The county didn’t put enough funds in that SPLOST VII item, so nobody will bid that low, and Lowndes County is doing it in-house.

That Lowndes County SPLOST VII referendum was way back in 2013 (passed on the second try; long story). They actually only have until next year to finish it before SPLOST VII is done with.

Back in July 2015, the Chairman said it would probably be finished that fall. Two years later, it’s still not finished, and I get questions about it weekly.

So I called Lowndes County project manager Chad McLeod about the status of the boat ramp. He says the county has started clearing in the park for the parking lot. (They expected to start this back in October, but this time it’s happening.)

The county is waiting on a nationwide permit for the actual ramp, the U.S. Army Corps of Engineers “Nationwide Permit 36”, which covers boat ramps.

Chad says the county has the rock ordered for the boat ramp. They won’t start applying the rock until the nationwide permit is in hand. Then will solidify a schedule for finishing the boat ramp.

The Naylor Boat Ramp will be slightly upstream of this beach, if I understand correctly. Congratulations to Chad McLeod and Lowndes County on moving ahead with putting in this boat ramp.