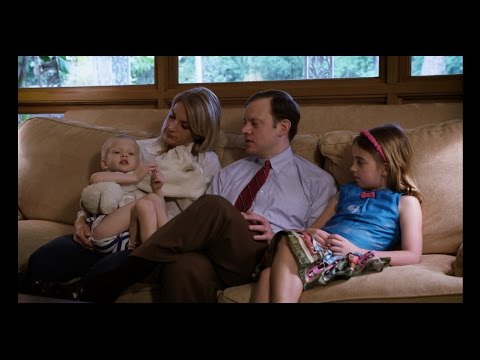 Black spots covered Lexi’s spine. “That’s cancer,” he told her mother, Cristy Rice. “I don’t know what kind it is, or where else it is, but that’s cancer.”

As Lexi first started feeling sick, in a house across town,

Since Joan Tibor of Waycross drew us in three or more years ago, WWALS has been helping as requested. See for example WWALS with EPA, GA EPD, and Southeast Health in Waycross about Seven Out Superfund @ EPA 2013-11-14. At that meeting EPA acknowledged that they had sent Wayrcross Seven Out wastewater to the Lowndes County Landfill. And TVA coal ash. Meanwhile, they didn’t agree to actually do much about the Waycross situation. Further meetings have gotten a little more action, but not nearly enough.

The CSX Rice yard in Waycross is contaminated with all sorts of things, including, by CSX’s own measurements since 2000, an underground plume of trichloroethylene.

Compare some of the red cancer sites south and west of Waycross on Joan’s 2013 map: 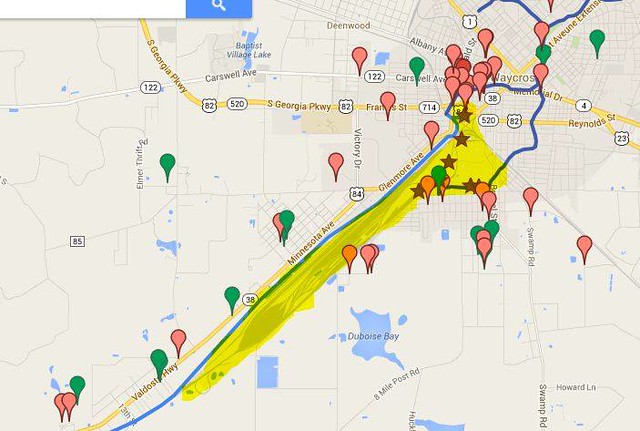 compared to this map of WWALS watersheds (zoom in on Waycross), and you can see several of those reported cancers, and part of Rice Yard itself, are in WWALS’ upper Suwannee River watershed, upstream from the Okefenokee Swamp.

This is why the Waycross superfund site has been on WWALS’ annual lists of goals for several years. A new list of WWALS goals has been adopted, and it’s still on there; you’ll see it on the WWALS website soon.

It’s actually even worse than we thought. Near the reported site of cancer patient Lexi Crawford’s house at Hamilton Ave. and Brunel St., in the upper right of this map, is a canal running south between Littleton and Wardlaw St., then down Wardlaw, then southwest below Littlepage St. straight into the official Suwannee River watershed.

So it appears that much of south Waycross, south of the Rice Yard, actually drains into the upper Suwannee River watershed and into the Okefenokee Swamp, nevermind what the official USGS and USDA watershed boundaries say. That’s without even considering underground water flow.

The Waycross superfund site was also in the Georgia Water Coalition Dirty Dozen 2013, thanks to Satilla Riverkeeper.

WWALS continues to cooperate as requested and as resources are available, with Satilla Riverkeeper and with Silent Disaster about this issue.