They’re going to vote tomorrow (Friday), so call today or very early tomorrow and ask your state rep to vote against Amendment 246447 by Rep. Ingoglia on HB 1149. That amendment would force septic tanks to be installed near springs while putting off useful actions for years during further “review” and “study”.

Or here are all the ones in the Suwannee River Basin listed on a web page. 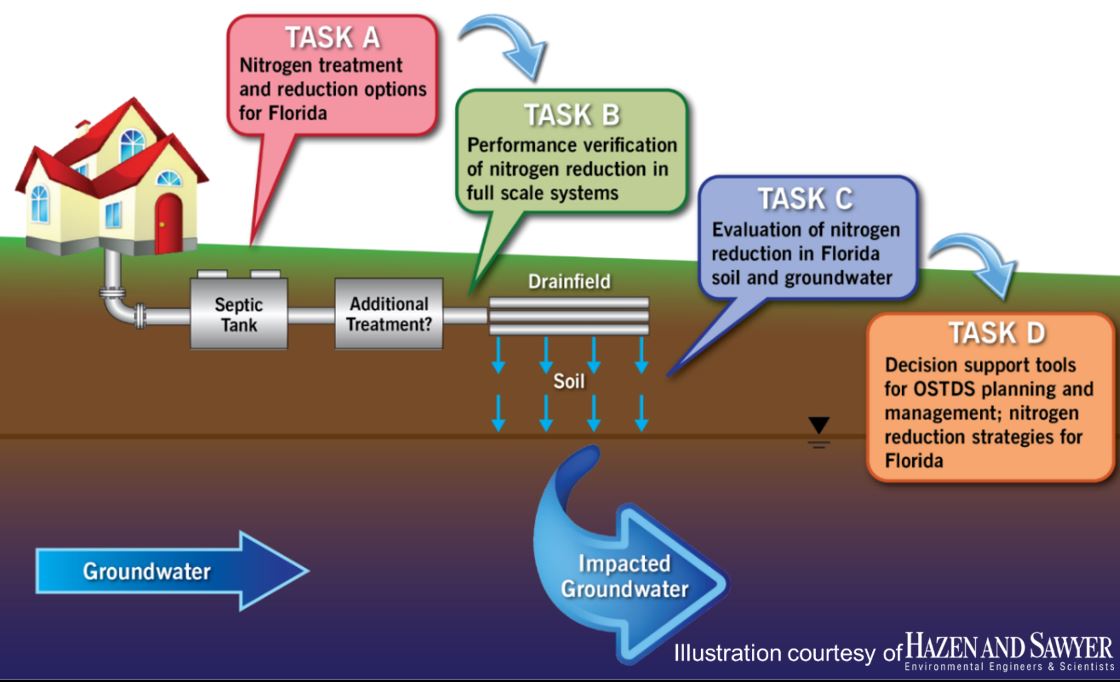 Illustration from the “2015 final report written as part of the study originally authorized in Specific Appropriation 1682 of chapter 2008-152, Laws of Florida”.

(3) As part of the pilot program, the department, in coordination with the Department of Health, must:

(a) Review and build upon the findings in the 2015 final report written as part of the study originally authorized in Specific Appropriation 1682 of chapter 2008-152, Laws of Florida.