His actual examples are seriously rolling-on-the-floor laughable, such as this:

Fracking is particularly controversial in Miami-Dade County because the whole place sits on top of the Biscayne Aquifer, which supplies water to a large number of Floridians. If that water supply were polluted by any source, scientists have said, then it is likely that the aquifer would remain polluted forever. Fracking in the county would require penetrating that aquifer. If something went wrong — the chemicals injected into the ground are “trade secrets” and undisclosed by the companies — then that water supply would be at risk.

Oh, and International Business Times is owned by Newsweek, not the Russians.

Speaking of the Russians, if they’re behind protests against the Sabal Trail fracked methane pipeline, a whole bunch of organizations and people want to say the Russians are way behind in their payments.

The report also touts liquid natural gas (LNG) exports to Poland and Lithuania, both through Cheniere’s Sabine Pass LNG export operation in Louisiana. The same Sabine Pass LNG operation that a few weeks ago got shut down because of a history of leaks. So bad even the usually do-nothing Pipeline and Hazardous Materials Safety Administration (PHMSA) sent a Corrective Action Order saying:

“To date, Sabine has been unable to correct the long-standing safety concerns described above involving the affected tanks, cannot validate the exact source or amount of the LNG that may have leaked into the annulus of the affected tanks, and cannot identify the circumstances that allowed the LNG to escape containment in the first place.”

Even more basically, Smith’s report, while pushing fracking, nowhere mentions solar power, and only mentions wind to sneer at it. Meanwhile, sun and wind power already won the market competition, and the dying fossil industry is trying to cash out before the carbon bubble pops.

New electricity capacity from renewable energy sources — including biomass, geothermal, hydropower, solar, and wind — accounted for 49.85% of all new capacity installed during 2017, which totaled 24,614 MW (megawatts), meaning that there was 12,270 MW worth of new renewable energy capacity. New natural gas capacity accounted for 48.67%, with the remaining new capacity being served by waste heat (0.89%), nuclear (0.41%), and oil ( 0.16%). There was no new coal capacity added during 2017.

These are the key statistics from Federal Energy Regulatory Commission’s (FERC) latest issue of its “Energy Infrastructure Update” (PDF) which includes data through to the end of 2017….

Technology-specific statistics were similarly impressive. By the end of last year, utility-scale solar had reached 30.30 GW (gigawatts) — approximately eight times greater than what FERC had reported five years ago. Solar now makes up 2.55% of the total US utility-scale generating capacity — an inherently underrated figure, considering FERC does not include distributed solar in its statistics.

Over the past five years, renewable energy generating capacity has increased across the board in the United States. On top of solar’s [777%] increase, wind energy grew by 53.88%….

Indeed, as this chart below shows, natural gas slipped 2 percent last year, from 34 percent in 2016 to 32 percent in 2017. Coal, which used to dominate the U.S. energy landscape, has also shrunk to 30 percent.

Sure, the current administration and Congress are actively hostile to renewable sun and wind power. Yet renewable energy has become a network of electricity and people, and such a network interprets hostile action as damage to route around. Evin Brehm, Thomas Koch Blank, and Leah Mosie, Rocky Mountain Institute, February 2018, (PR) Report: The Progress and Potential for Community-Scale Solar; How rural electric cooperatives can use low-cost, distributed energy to save money, serve customers, and unlock billions in infrastructure spending, 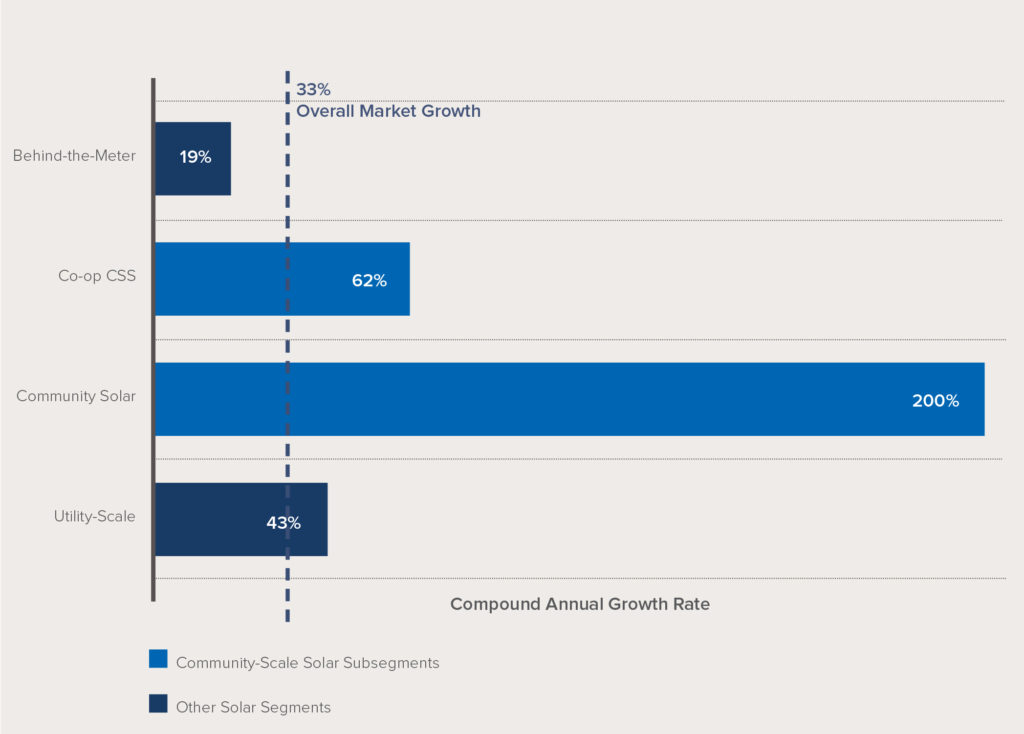 Even the biggest pipeline rubberstamp of all, FERC, a few weeks ago inadvertentely cleared a path for distributed renewable energy through promoting a storage “participation model”. Maybe FERC’s own Commissioners don’t know a participation model is what enabled the upstart Internet to take down the century-old incumbent telephone companies. (The company calling itself AT&T now is not the AT&T the early Internet bankrupted.) Solar power will win like the Internet did. The irony is delicious of fossil fuel enabler FERC facilitating that solar win.

As Science Fiction author William Gibson likes to say, “The future is already here: it’s just not evenly distributed,” And solar and wind power, especially with batteries coming along quickly, are distributing themselves despite the worst efforts of their real enemies, who are not the Russians, rather fossil fuel companies, their elected puppets, and news media that uncritically transcribe ridiculous reports such as Lamar Smith’s Committee wrote.

Obviously I don’t mean the reporters who have been asking me; they’re actually reporting by looking for critical opinions. But unfortunately many other reporters and publications simply quoted that report as if it was somehow worthwhile. For worthwhile reports, see the solar ones cited above. Or even FERC’s own reports on deployed energy sources by type, which, even though they don’t include community solar, demonstrate that solar and wind power years ago won the economic race.