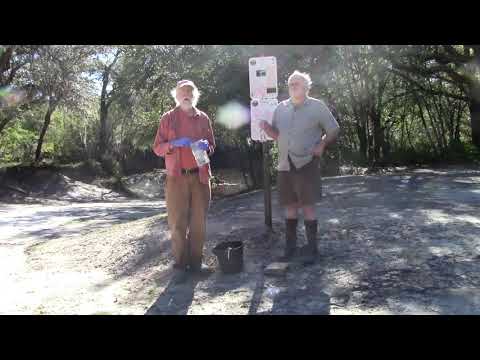 Vote for people who will protect the Okefenokee Swamp from strip mining and other threats.

We could also mention Nestlé, phosphate mines, coal ash, and many other issues.

Hahira, Georgia, October 29, 2020 — Everybody had a good time on a fine sunny day with the water just right. We had a few more paddlers than last year, and more vendors and sponsors, so WWALS Boomerang 2020 was a rousing success!

“The winner drove up from Tallahassee: Jackson Buttery, who finished the six-mile round trip in one hour sixteen minutes and 42 seconds. He got the $100 cash First Prize.” said Bobby McKenzie, the WWALS Boomerang mastermind.

The four McKenzies in one canoe (Bobby Mckenzie and his 2 young sons and 1 daughter, all from Valdosta, Lowndes County, Georgia, in the Alapaha River watershed) did register, although they did not race, so that’s 13 male and 13 female paddlers, for 26 in all, in 17 boats.

“I would say considering the Coronavirus and the other metrics listed, the Boomerang had a stronger showing this year than last. Plus the vendors have grown and we had a fourth outfitter join us at the ramp, Madison Outdoor Adventures, along with Banks Lake Outdoors, NWXpeditions, and VSU Core. We also got more sponsors this year, adding Olympia Bend and Life Outdoors and SBMS CrossFit.”

Other winners included first, second, and third for various distances, classes (solo or tandem) and genders, as well as for upside down, backwards, and last: END_OF_DOCUMENT_TOKEN_TO_BE_REPLACED

Should we assume a titanium mine started by the same people would be any better than the stinking biomass plants they started? You can ask the Georgia government to stop the mine that would be far too close to the Okefenokee Swamp. And don’t forget to vote for people who support clean air and water!

The “clean” wood-burning biomass plants in north Georgia stink so bad a chicken CAFO operator says he can smell it. So bad people working at the plant get sick with masks on. So bad local people say they were betrayed and a local government is suing. So bad it’s caused a fish kill in a nearby creek. So bad investors are suing. So bad it’s behind in its taxes. 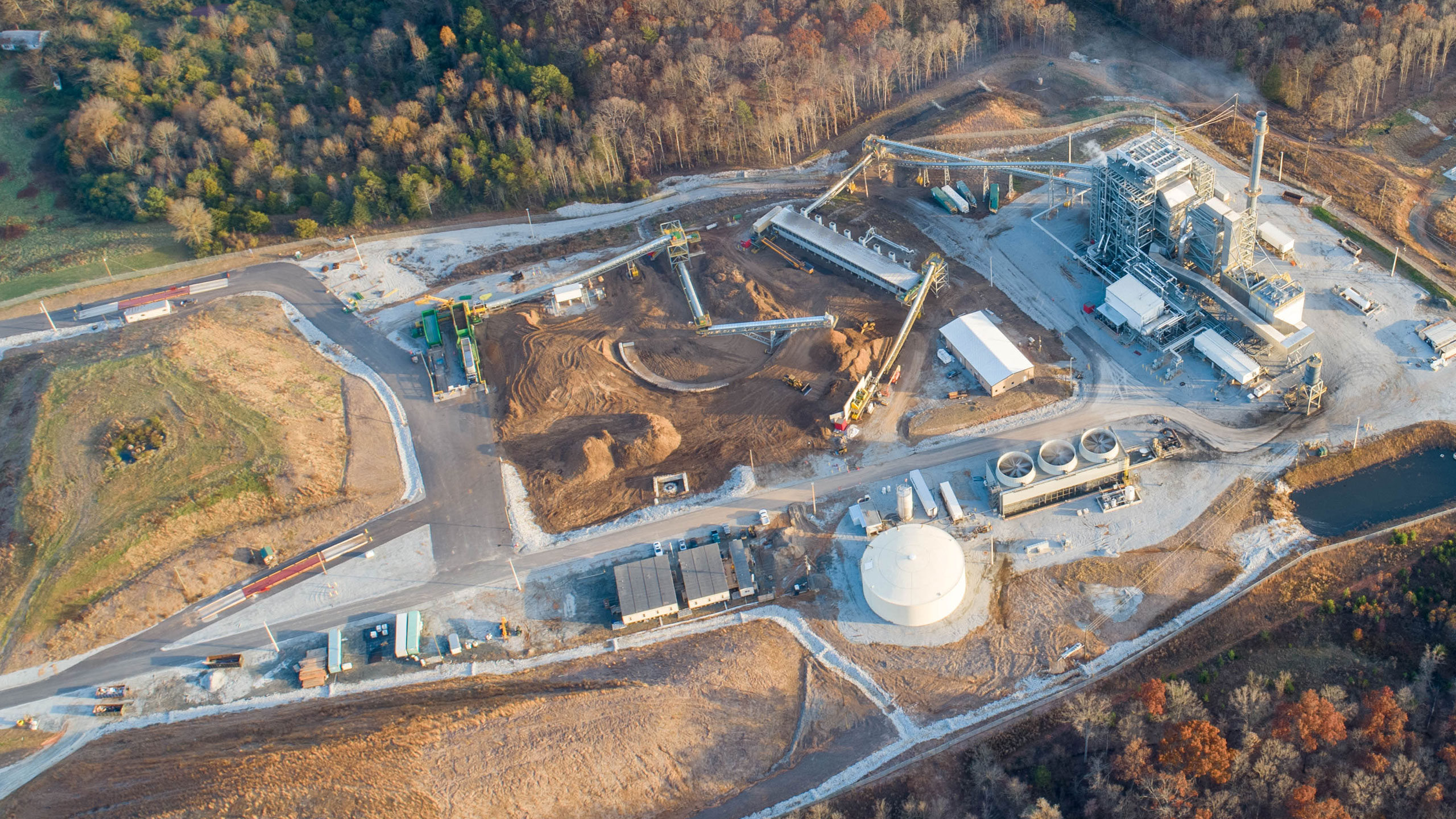 So bad local people say no amount of jobs is worth it. One asks, “did you have anybody investigate the two companies that run that plant; had they ever had EPD/EPA violations, had they ever been sued or had formal complaints brought against them”? Well, many people investigated Twin Pines Minerals, LLC, and found TPM is under a Florida Consent Order for multiple violations just across the GA-FL line.

Yet the Charlton County, Georgia, Board of Commissioners passed a resolution in favor of that titanium mine. Maybe they should review that decision in light of this track record of another project by the same people.

Maybe GA-EPD should take all this into account while considering TPM’s five permit applications. And then reject those applications.

You can help by asking them to do so.

And don’t forget to vote for people who will protect our waters and people.

The EPD’s Air Quality Branch earlier this summer approved one of the two pollution permit applications filed by GreenFuels Holding Company of Birmingham for a 79 megawatt plant near the Franklin County town of Carnesville.

The company filed its application for a 58 megawatt plant near Colbert about two weeks ago. State officials won’t begin to evaluate it for another couple of weeks, until a 30-day window has passed when the public can make formal comments, said Eric Cornwell, the Air Quality Branch’s program manager for stationary source permitting.

Yes, the same Steven Ingle who is president of Twin Pines Minerals LLC that already has equipment on its mine site within a few miles of the Okefenokee National Wildlife Refuge. But Ingle tells us that mine will be safe. Which is also what his biomass LLC told everybody.

Update 2020-11-09: FERC “accepted” our FOIA request a week later, and got around to telling us two more weeks later.

FERC can’t seem to tell Miami from Puerto Rico. So we’ve reminded them, and we’re waiting for a response to our second FOIA about NFE’s Miami LNG operation. Two weeks we’ve been waiting.

Meanwhile, I went and voted for some people who, if elected, might help make the Federal Energy Regulatory Commission (FERC) accountable. You can, too. As an IRS 501(c)(3) nonprofit environmental charity, WWALS cannot tell you who to vote for. But we can ask you to go vote for people who will stop LNG and stop this sort of bureaucratic runaround.

Seeing FERC’s SHOW CAUSE order to New Fortress Energy (NFE) about NFE’s Puerto Rico Liquid Natural Gas (LNG) operations, we sent FERC a FOIA about any SHOW CAUSE from FERC or PETITION FOR DECLARATORY ORDER from NFE about NFE’s Miami LNG facility, which has been operational for years now with no authorization from FERC and not even a FERC docket.

FERC answered the same day, pointing us to the Puerto Rico SHOW CAUSE. We can only guess they didn’t bother to read as far as the word “Miami” in the Re: header of our September 28, 2020, FOIA letter.

FDOT actually answered my complaint that there is no demonstrated need for the M-CORES toll roads, saying FDOT would be sure to do financial due diligence. After the “Final” Task Force reports go to the legislature.

Meanwhile, FDOT has spent how many millions of taxpayer dollars on the un-needed boondoggle? Despite NRTR demonstrating that 93% of comments FDOT received opposed the toll roads?

Nevermind their “deadlines,” you can still send comments to FDOT, and they will go into the public record, retrievable through open records requests.

And don’t forget to vote for people who will stop this toll roads boondoggle and instead do good things for natural Florida and its people. Votes are comments the state of Florida cannot ignore.

Here is what I sent FDOT immediately after speaking on October 21, 2020: END_OF_DOCUMENT_TOKEN_TO_BE_REPLACED

You couldn’t ask for better water or weather conditions than for the WWALS Boomerang tomorrow (Saturday), from Georgia into Florida and back from State Line Boat Ramp on the Withlacoochee River.
wwals.net/pictures/2020-10-24–boomerang/

And for the rest of the Withlacoochee and probably the Suwannee River, too. Even the report we got of a spill Monday in Valdosta appears to have been a false alarm. All water quality test results are advisory, since conditions can change rapidly. But no significant rain is expected, so happy boating, swimming, and fishing this weekend, especially at State Line Boat Ramp!

The weather prediction at Clyattville, GA, is for 70 degrees at 9AM, and 80 at noon, partly cloudy, with little chance of rain. There’s also been little rain for a week, so nothing much has washed into the rivers.

All that plus clean river water! END_OF_DOCUMENT_TOKEN_TO_BE_REPLACED

Come on down at 8 AM tomorrow (Saturday) and help clean up at State Line Boat Ramp before registration starts for the WWALS Boomerang, and you’ll get one of these Rivers Alive bandanas.

Before paddlers race from Georgia into Florida and back, we’re going to spiff up Mozell Spells, Madison Highway Boat Ramp, or whatever you call it, at GA 31, CR 150, below Horn Bridge. You can help!

And you can go ahead and bid in the online silent auction:
https://www.betterunite.com/WWALS-wwalsboomerang2020

Rivers Alive is “Georgia’s annual volunteer waterway cleanup event that targets all waterways in the State including streams, rivers, lakes, beaches, and wetlands.”

We already did that earlier this month, and these bandanas came in afterwards. So we’re giving them out at this additional cleanup! END_OF_DOCUMENT_TOKEN_TO_BE_REPLACED

Since there are two weekend outings in the Okefenokee Swamp 7-8 November 2020, I suggested some paddlers may also want to drive by the proposed titanium mine site southeast of the Swamp. Kim Bednarek, Executive Director of Okefenokee Swamp Park, suggested we meet first at Lacy’s Kountry Store in Moniac, for lunch, talks, and discussion. She and Rena Ann Peck, Executive Director of Georgia River Network, will say a few words. Also saying a few words will be either Suwannee Riverkeeper John S. Quarterman or WWALS Executive Director Gretchen Quarterman. Possibly we will have another speaker.

Moniac marked by green ellipse on the WWALS map of the Suwannee River Wilderness Trail and the Okefenokee Swamp.

No doubt everybody will have plenty to discuss, considering the U.S. Army Corps of Engineers just abdicated oversight of streams near the mine site and Twin Pines Minerals says it will plow ahead yet TPM still needs five Georgia permits.

This is just a small, informal, side trip. We will only be able to see the mine site from the public highway. Yes, I did ask TPM if they would hold a tour for us, but they said they were only allowing employees and contractors on their site.

May I also recommend you read this book: Pinhook: Finding Wholeness in a Fragmented Land, by Janisse Ray. END_OF_DOCUMENT_TOKEN_TO_BE_REPLACED

You don’t have to wait for Saturday and the WWALS Boomerang to bid in the online slient auction:
https://www.betterunite.com/WWALS-wwalsboomerang2020

You can bid on paintings by Julie Bowland, a day trip by NWXpeditions, a Life Outdoors archery package, a one month SBMS Crossfit membership, kayak racks, cake, bowl, pump, and more!

You can even buy a $30 ticket to the Boomerang through the silent auction link.

Monday morning I heard from a mining source that the U.S. Army Corps of Engineers will soon announce that, due to federal rollback of the Waters of the U.S., the Corps no longer considers the streams next to the proposed mining site to be under Corps jurisdiction, even though they are far too near the Okefenokee Swamp.

Twin Pines Minerals (TPM) lost no time announcing the next day that they intended to plow ahead. Molly Samuel, WABE, 20 October 2020, Proposed Mine Near Georgia’s Okefenokee Swamp Gets A Major Hurdle Removed.

But TPM admits they still need five Georgia permits. So let’s try to stop those.

Also, there’s an election going on. As an IRS 501(c)(3) educational nonprofit, WWALS can’t tell you what candidate or party to vote for. But we can ask you to vote for the environment.

If the Okefenokee Swamp, which is the headwaters of the Suwannee and St. Marys Rivers, is not protected, what is? If you live in south Georgia or north Florida, your drinking water probably comes from the Floridan Aquifer or groundwater above it, all of which can be adversely affected by strip mining or other pollution.

Please vote for the environment.

Georgians, don’t forget to vote for Amendment 1 while you’re voting.

The Army Corps reassessed certain wetlands at Twin Pines’ request after Trump’s new clean-water rules took effect in June. The agency confirmed Tuesday that, under the rules change, the tract would no longer require a federal permit.

“This property now has END_OF_DOCUMENT_TOKEN_TO_BE_REPLACED