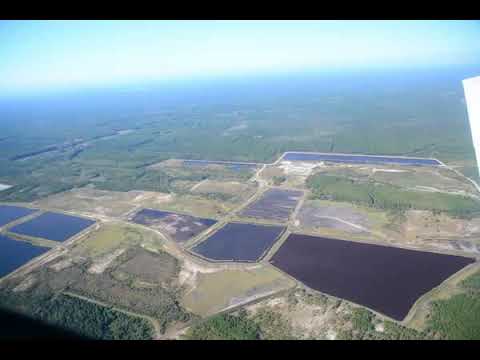 FERC, if it follows its own rules, should reject the DSEIS, stop Sabal Trail, and revoke its permit, says a motion filed today with FERC by Suwannee Riverkeeper.

Followup blog posts will feature major sections and arguments from these 20 pages with their 93 footnotes. The basic arguments are summarized on the first page:

WWALS argues that no SEIS can be complete without accounting for GHG from Liquid Natural Gas (“LNG”) exports, nor without comparing natural gas to solar power, according to precedents already set by FPL, FERC, and others, which also reopen the whole basis of the FERC 2016 Order.

FERC may not care, but the D.C. Circuit Court may, or candidates for office, or the voting public.

Filed with FERC today as END_OF_DOCUMENT_TOKEN_TO_BE_REPLACED

Yet FERC’s Docket CP15-17 shows no comment by EPA in January 2016. It does show this same G. Alan Farmer, Director, Resource Conservation and Restoration Division, EPA, wrote a letter to FERC filed 1 December 2015 as Accession Number 20171201-0034 (see also WWALS blog post), in which he said nothing I can see about greenhouse gases, but he did basically say “nevermind” to EPA’s extensive letter of October 26, 2015, filed as Accession Number 0151102-0219 (clean text on the WWALS website), which October letter did include: END_OF_DOCUMENT_TOKEN_TO_BE_REPLACED

Justice Scalia never said the EPA emissions rule was struck down, rather the Supreme Court sent it back to a lower court to get a cost analysis from EPA.

Meanwhile, many of the emissions controls are already in place on coal plants (including Plant Scherer), other coal plants have closed or are closing, and investors are abandoning coal in droves. So what Scalia wants may or may not be impossible for EPA to deliver, but EPA actually already has helped sink dirty coal. Meanwhile, Georgia Power finally is helping the sun rise on Georgia. So the prognosis is good for less mercury in the Alapaha River.

Emily Atkin, ThinkProgress Climate, 29 June 2015, What Everyone Is Getting Wrong About The Supreme Court’s Mercury Pollution Ruling, END_OF_DOCUMENT_TOKEN_TO_BE_REPLACED

or other coal plant emissions, according to a 5:4 majority of the Supreme Court. The dissenting minority points out not only are costs usually figured in during the follow-on process for specific limits, but that actual costs can’t even be computed without knowing those limits. So Coal Plant Scherer mercury in the Alapaha River can’t be limited without figuring all the costs first, says the SCOTUS majority, although EPA and the Court minority point to numerous well-known medical problems caused by mercury. Are profits for a few big utilities and coal companies more important than clean water and public health, especially now that there are cleaner, safer, faster-to-build, and less expensive renewable energy sources available in solar and wind power?

According to today’s SCOTUS ruling, END_OF_DOCUMENT_TOKEN_TO_BE_REPLACED